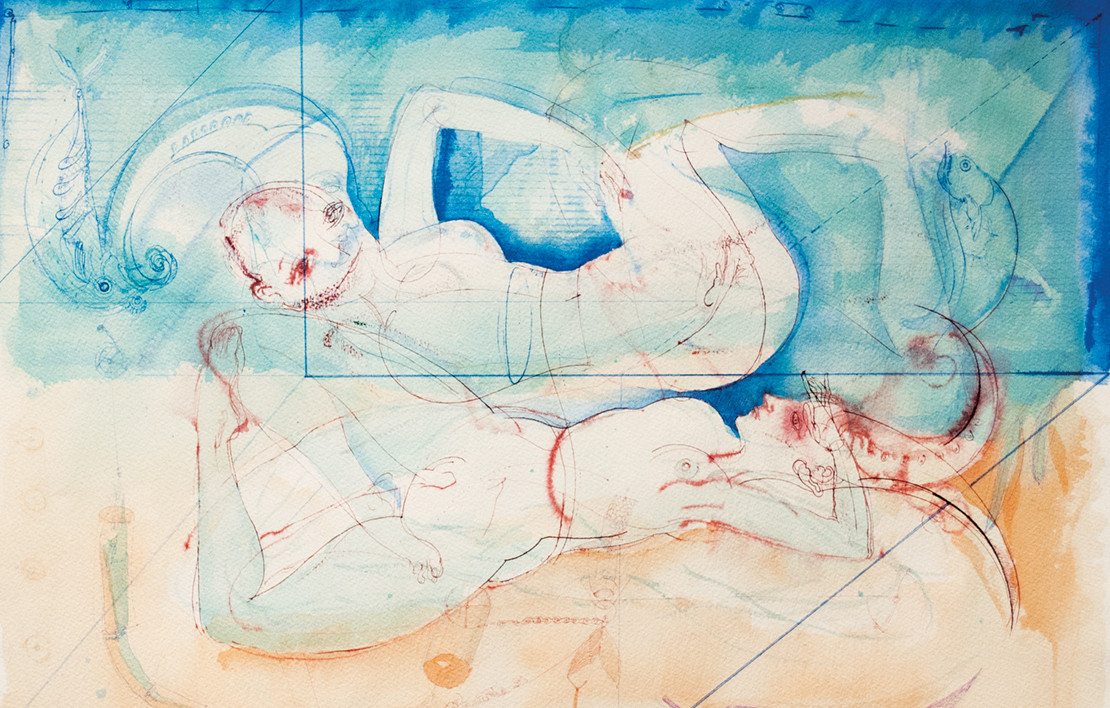 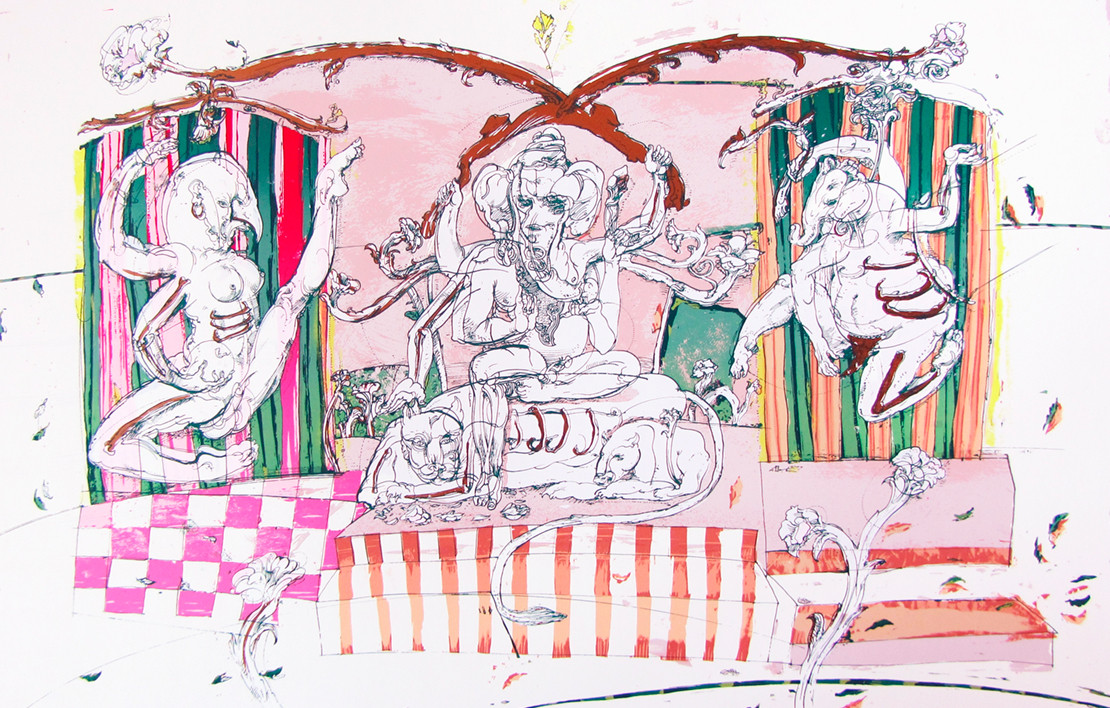 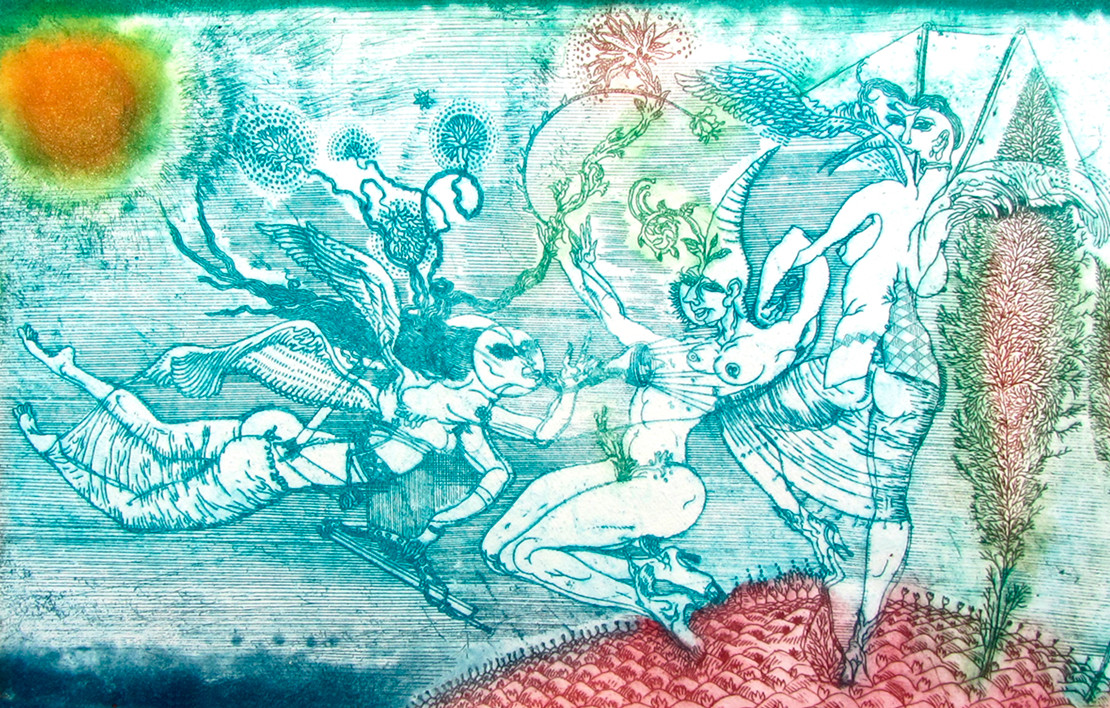 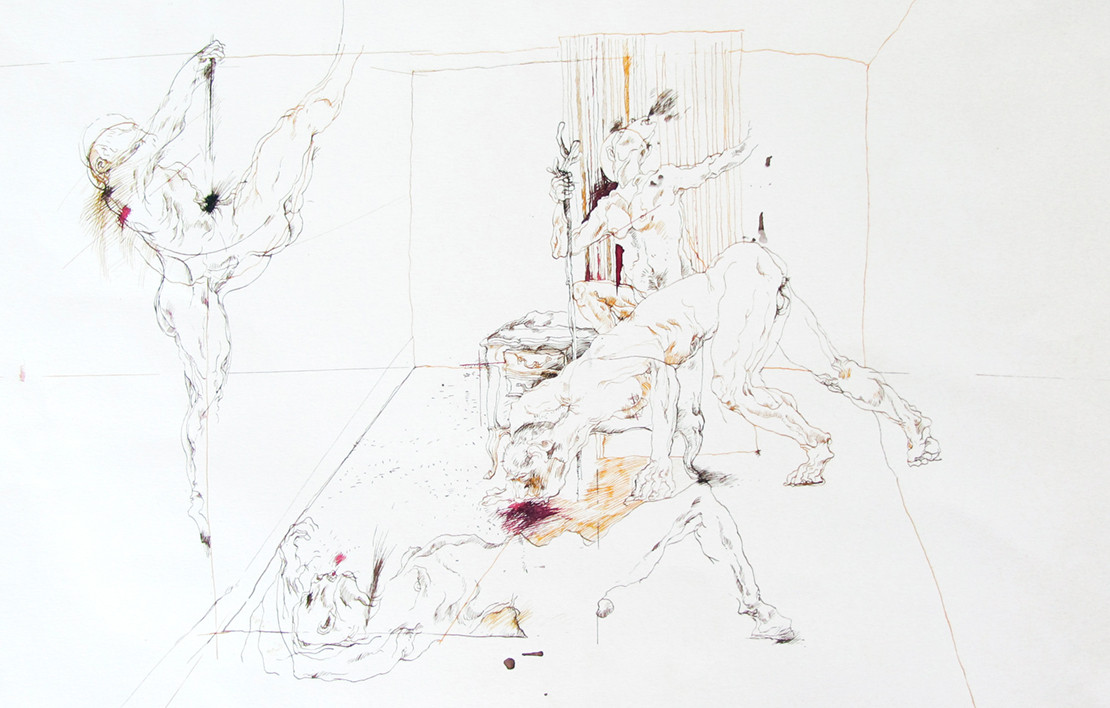 On the Tenth Anniversary of His Death

“Since the world was created by imagination, it must be imagination that rules the world.”
Baudelaire

Galeri Nev opens its 2011-2012 season with an exhibition in remembrance of Mehmet Koyunoğlu who passed away in September 2001. The exhibition includes works kept by the Koyunoğlu family, including some drawings which will be on display for the very first time, along with his very rare acrylic paintings on slate and granite. The exhibition will likewise include etchings which figure in the core of Koyunoğlu’s art, experiments with colour, first prints, intervention by hand on printed works and other ‘documentary’ material.
Mehmet Koyunoğlu who graduated from the State Academy of Fine Arts, succeeded in leaving behind many professional artists at The International Contest of Graphic Design organized in London, when he was only 19. In Paris, where he went after his graduation, he met with the former curator of the Louvre Museum Marguerite Lamy and art critic Jacques Normand, and thanks also to efforts exerted by them, was accepted in 1983 to the workshop of Iscan at the Paris École Nationale des Beaux-Arts. That same year, he opened his first solo show at Galerie Philippe Fregnac. From 1990-91 he followed the courses of the Fondation René Carcan in Belgium, regarded as the ‘temple’ of the art of engraving. That same year, he was invited to the Kanagava Biennial in Japan. His engravings, gathered under the title of ‘The Passion of Flower’, which he compiled in Paris at the Leblanc workshop were exhibited in 1992 at the Galeri Nev, Galerie Tête D’or (Brussels) and at Gallery Artimex (Dusseldorf). Koyunoğlu opened exhibitions in 1996, 1997 and 2000 at the Galeri Nev in Istanbul and in Ankara. Koyunoğlu, who drew illustrations for the Hürriyet Gösteri Magazine while he was a student at the Academy, began in the summer of 2000, creating drawings and graphic design for the renown periodical of the culture of architecture XXI. Mehmet Koyunoğlu died in the autumn of 2001 at the young age of 46. Yapı Kredi Kazım Taşkent Art Gallery entitled the Koyunoğlu retrospective organized in April 2004 as ‘A Short Life, A Long Dream’. The exhibition at Galeri Nev, which also bears traces of a retrospective will remain open until November 12.