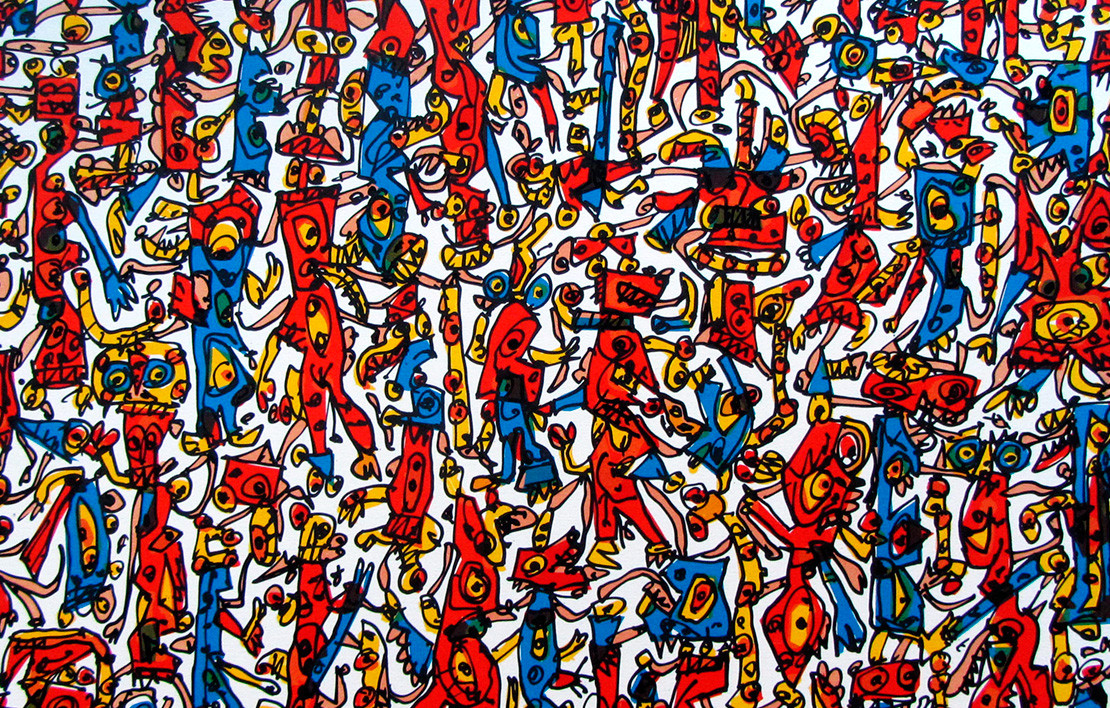 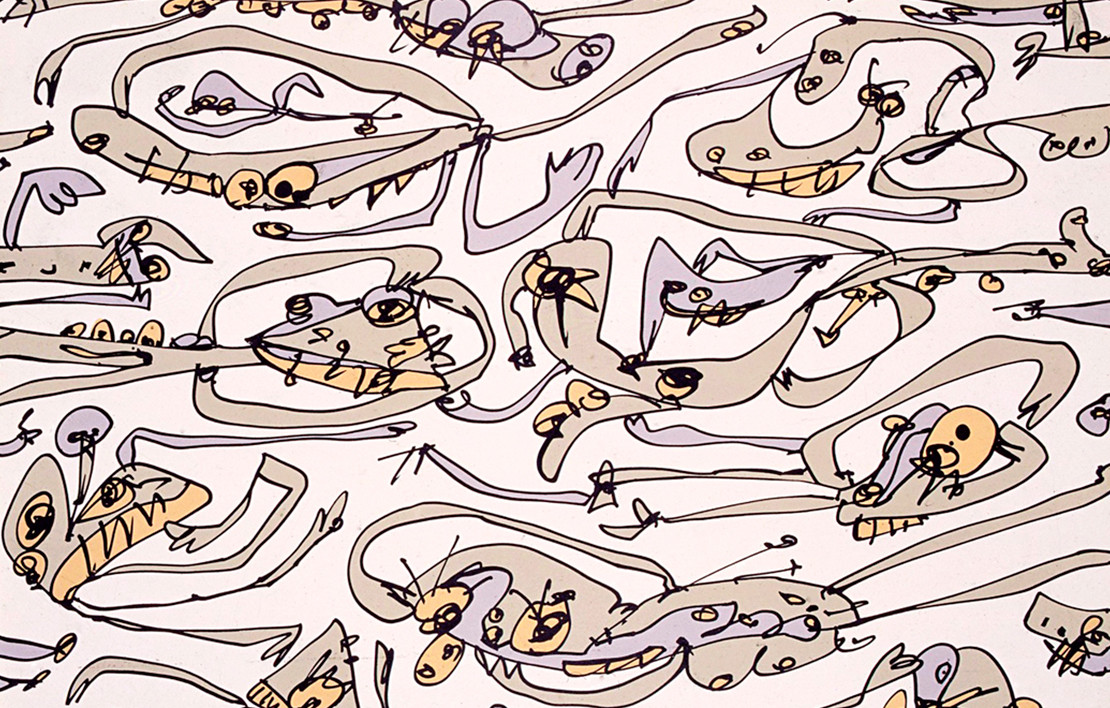 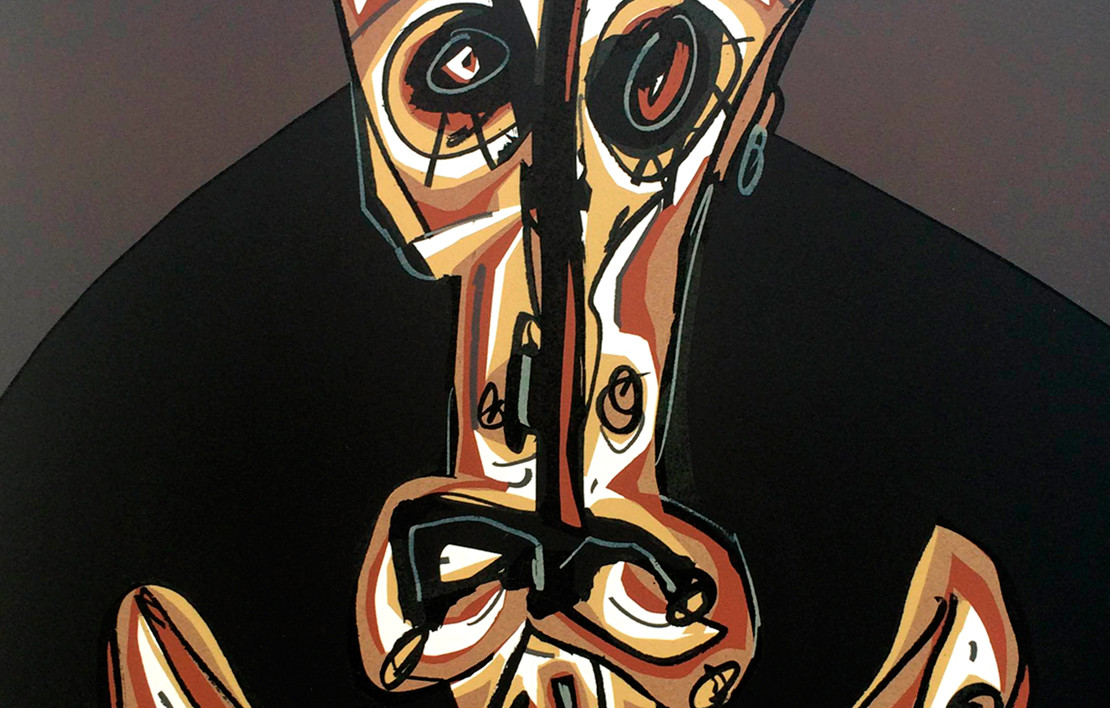 Galeri Nev revisits the original lithographies of ANTONIO SAURA that has first been exhibited twenty years ago in Turkey. The exhibition that had been realized in 1996, again in Nev Gallery with the collaboration of European Union in honor of the 200th anniversary of the invention of the lithography, is now being almost exactly re-installed thanks to a long-running archeology in Parisian ateliers and galleries. As such, Nev highlights its exhibitions dedicated to European modernism, that had started with Picasso, Bonnard, Dali and continued after Saura, with Adami, Alechinsky, Dubuffet, Pedersen and Velickovic. The title of the exhibition which belongs to one of Saura’s lithography series, “Portraits Imaginaires”, also refers to these iconic names that have been exhibited at Nev along its history. In this sense, the exhibition is also a tribute to the 220th anniversary of lithography that enables these continuing exhibitions and art accessible. ANTONIO SAURA, one of the names that establishes Spanish modernism, is connected by the art historians both to his successors like Velázquez, Greco, Goya, Picasso and to his peers from other geographies like Francis Bacon, Willem de Kooning and Cobra. In the exhibition the series that are clearly representing these connections, such as “Priests” (1997), “Four Seasons” (1977), “Portraits Imaginaires” (1983), “Homage to Dora Maar” (1986) and the famous “Seven Deadly Sins” (1994) come into prominence.In the series “Priests” (1977), black figures looking thoughtful with hats, crosses and arrows, in addition to countless floating stains that fills the entire paper, constitute unbalanced and overflowing strips within complicated patterns and spirals. A similar composition can be seen in “Seven Deadly Sins” in which pride, envy, gluttony, lust, anger, covetousness, and sloth is individually depicted, as well as in the “Four Seasons” (1977). “Portraits Imaginaires” (1983) are the images of distortion and spiritual drama that comes out of these distortions. The fact that “Homage to Dora Maar” (1986), in which he settles up with Picasso’s creation mechanics, is exhibited alongside the “Portraits Imaginaires”, is consciously blending the face of Dora Maar among his other faces.
Antonio Saura (1930, Spain Huesca), throughout a nearly half-century that had passed since his first exhibition in Saragossa, opened almost 200 solo exhibitions in different capitals of the art world among which are Madrid, Paris, Munich, Rome, Stockholm, New York, Milan, Brussels, Rotterdam, Buenos Aires, Rio de Janeiro, Amsterdam, Havana, London, Frankfurt, Barcelona, Geneva, Düsseldorf, Tokyo, Berlin, Helsinki, Hamburg, Stuttgart, Vienna, Cambridge, Köln. His works have been represented at important international shows like Venice Biennale (1958) and Documenta (1959, 1977); and in leading contemporary art museums and collections like Guggenheim, Tate Gallery and Centre Pompidou. He designed theater, opera, cinema and ballet stages. Besides his political activities against Franco regime and race distinction, he gave lessons on art and culture, directed symposiums, and wrote articles. Saura, referred as one of the most important masters of modern Spanish art together with Antonio Tapies and Eduardo Chillida, had never lost his passion towards lithography since his first experiments in 1958.