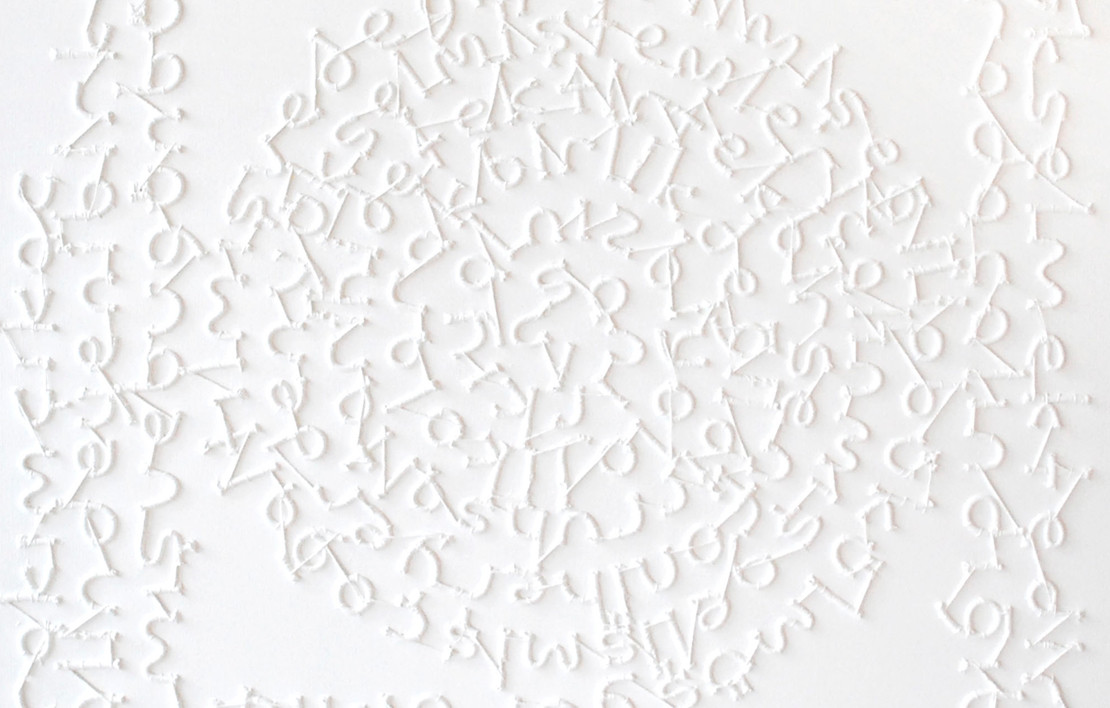 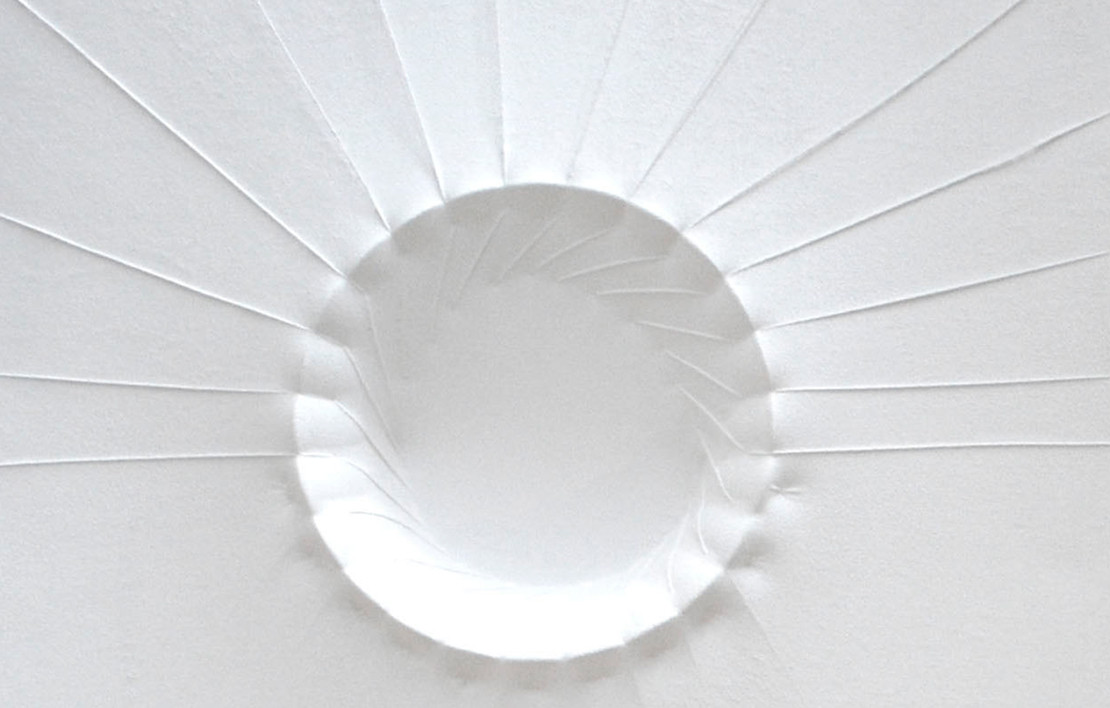 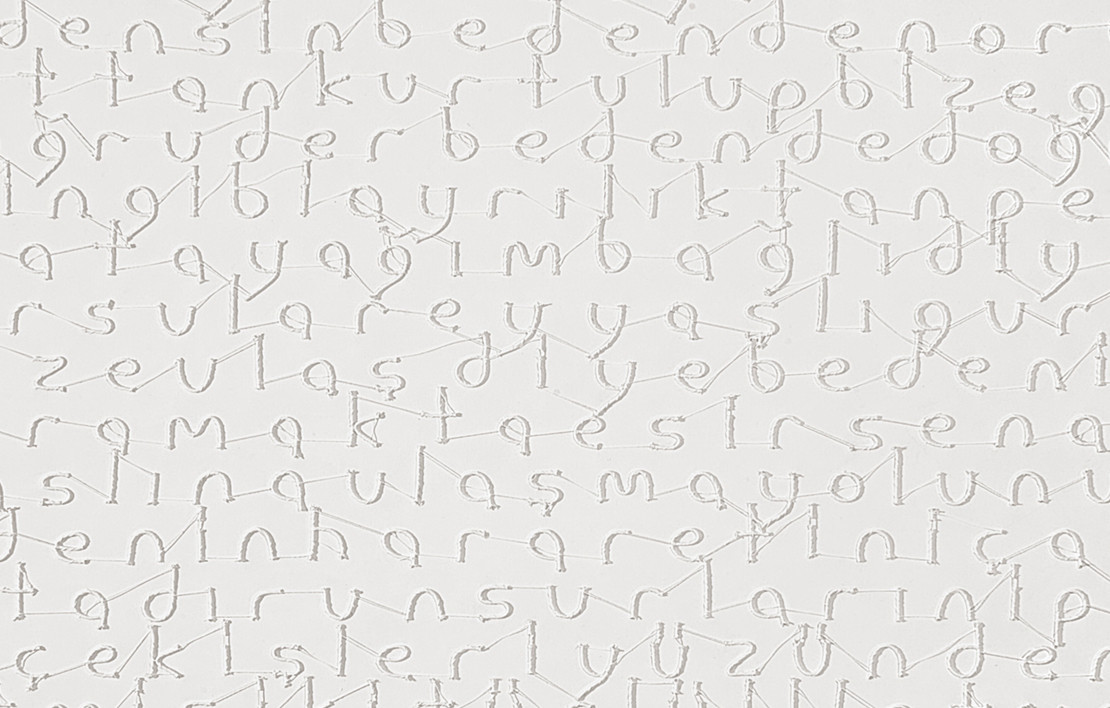 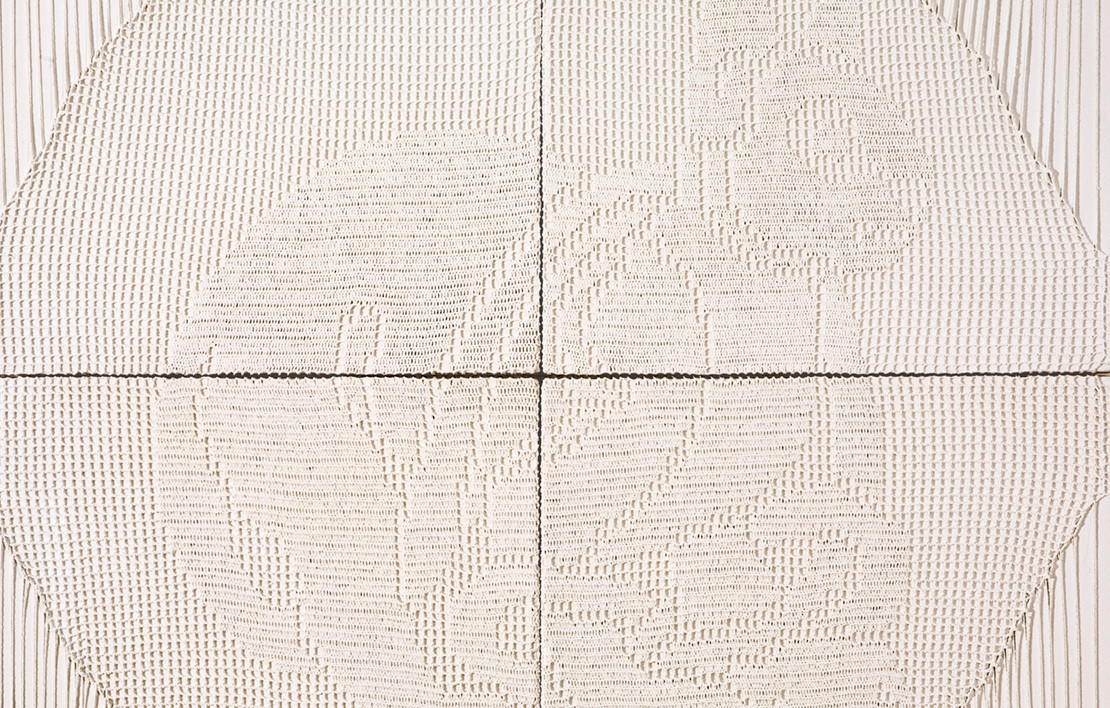 Galeri Nev begins the New Year with an exhibition by Lale Delibaş. Delibaş, whose works were viewed within the framework of NEVNESİL, the exhibition aimed at exploring a new generation, held in May to mark the 25th anniversary of Galeri Nev, once again puts on display "white on white paintings" that can be read also by touching. As in other works she has been working on since 2004, through the use of the colour white, the artist points to the "soul", through sewing techniques to the "woman", and through the journey of the needle and thread on canvas to the "cycle of life". On the other hand, the works in this exhibition are dominated by elements, symbols, motifs and stories she has created by setting out from myths and creeds. Having created a common discourse by interpreting anew concepts such as “underground - above ground” and “death – rebirth”, the artist states the following:
“Motifs have been widely used in symbolising the creeds of people. Although these motifs which extract their essence from nature and bear within them a soul pertaining to the primitive side of humans may differ visually from one culture to the other, certain symbolic elements they exchange amongst them nonetheless bring together in a common denominator, in an essence, the concepts that they suggest. For example, under a careful scrutiny the depiction on a shaman drum could be construed as a crucified Christ; this because, to the shamans, the task of forming a bridge between underground and above ground as regards rebirth carries similarities with the concept of the resurrection of Christ on the crucifix. Humans seek the internal serenity of eternal existence in similar concepts suggesting similar symbolic elements. Thus everything is rewritable."
Lale Delibaş graduated from the Department of Painting of Marmara University, Faculty of Fine Arts in 2006. In 2009 she completed her post-graduate thesis on Joseph Beuys. Her first personal exhibition entitled “Lamekân” was opened in 2008 at İstanbul's Mac Art Gallery. Delibaş figures among the scholarship artists which Borusan Culture and Art has hosted at the Istanbul Art Center during the 2008- 2009 period. "White paintings" will remain open at Galeri Nev until February 10.