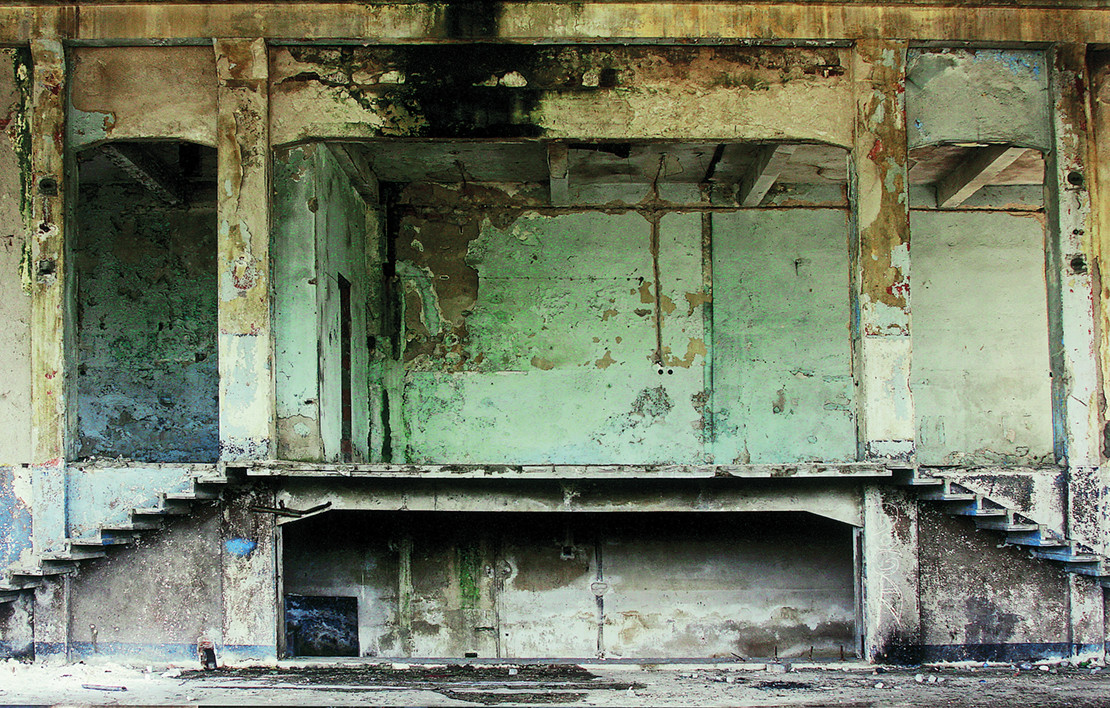 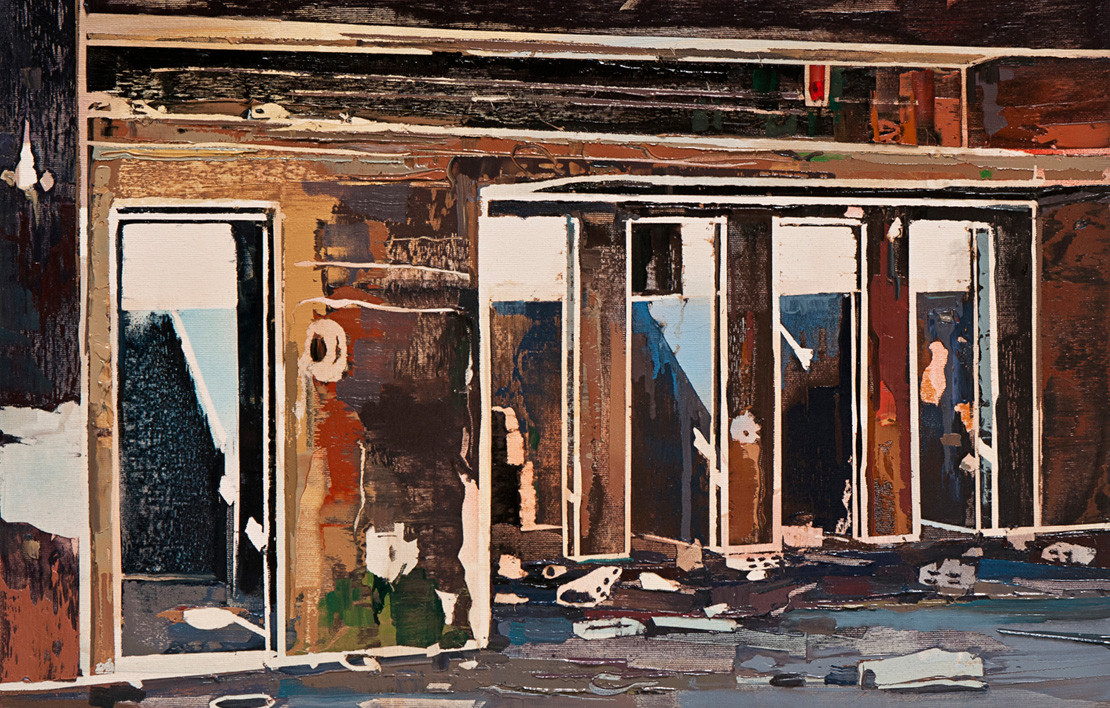 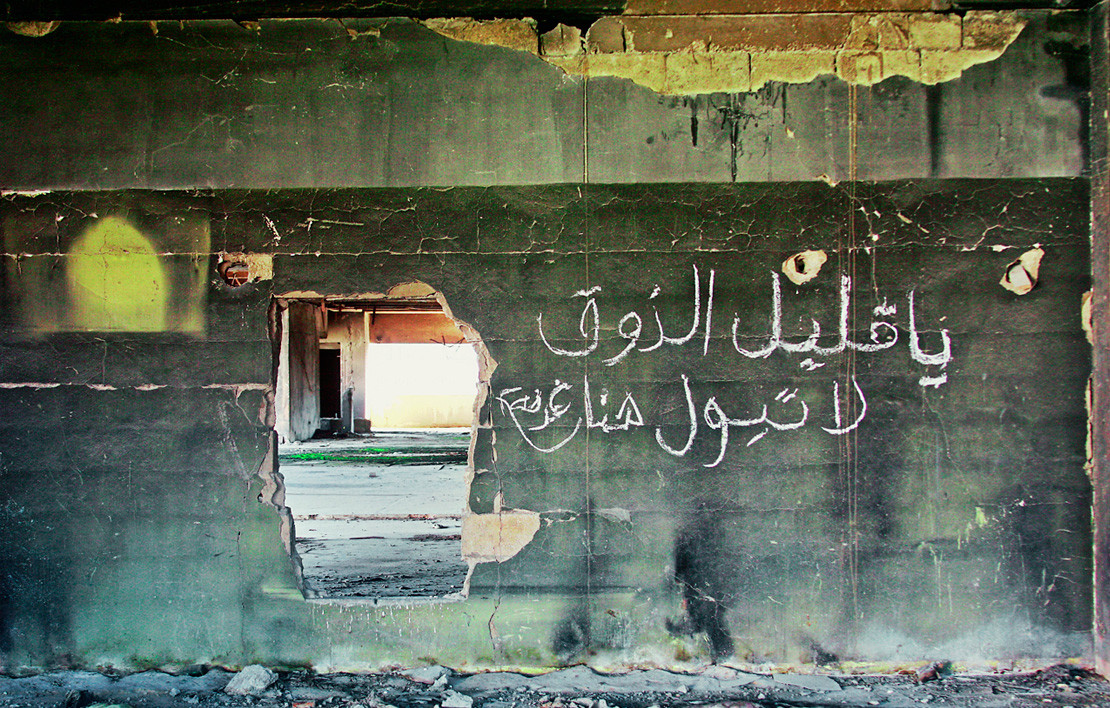 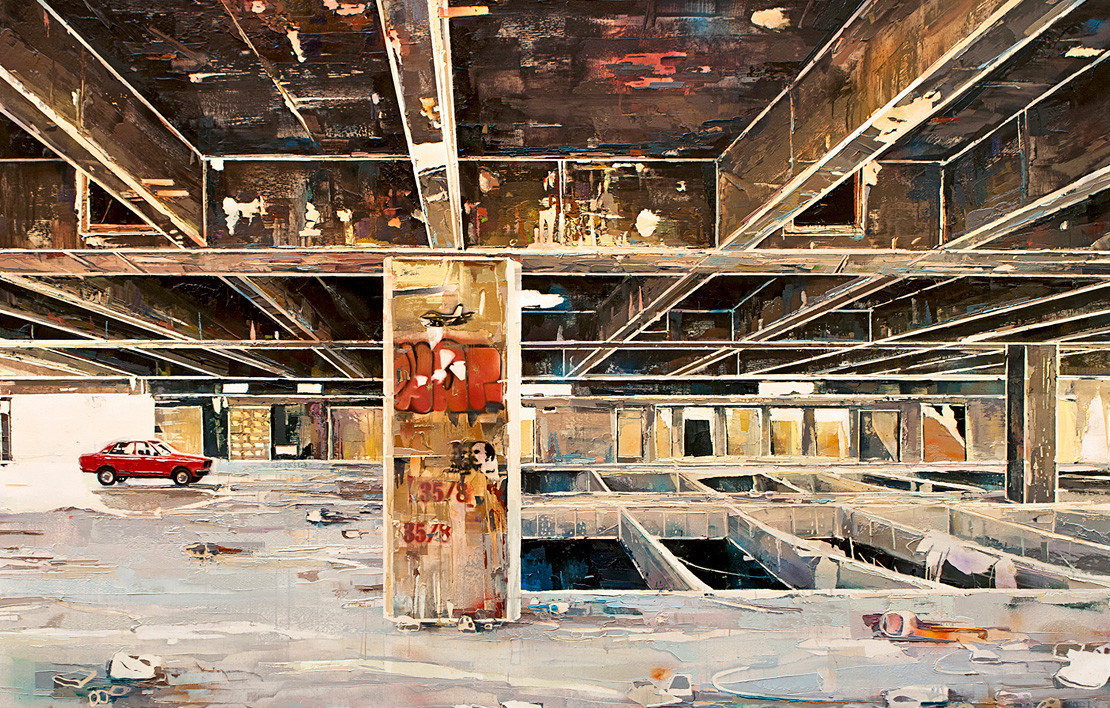 Under the Rose/Under the Walls

“By revealing the hidden spaces, things that are carried on or experienced “under the rose”, I am emphasizing that nothing actually remains a secret. I revive in my works traces, writings, objects and colours that are taken for granted or concealed in space or in time...”
Burcu Perçin

Galeri Nev opens the 2012-2013 season with Burcu Perçin. After an interval of two years, since her 2010 show entitled “Lost Space”, Burcu Perçin now displays before her viewers in Ankara monumental size canvases, collages, and for the first time, a five edition series of original prints. By intervening on each of these editions with oil paint and brush, and thus relieving them of the repetitious quality inherent in prints, Perçin renders them unique. As a result, these five works are presented as five examples chosen from among innumerable aesthetic possibilities between photograph and paint, the two major arteries of the artist. In addition, observing collages, painted photographs and oil on canvases in the same show, provide the viewer with the possibility of witnessing the different stages the artist goes about in creating out her works. The multiple passages between the works, their interrelations and their contradictions carry the clues of Perçin’s “under the rose” acts conducted in her “hidden” atelier...The graffiti Burcu Perçin began including in her recent works and particularly the remarkable objects in her new canvases on display at Galeri Nev likewise emphasize the secrecy of the spaces she creates. In a way, Perçin’s spaces are now stripped of their being "abandoned"; the "emptiness" that dominated her earlier works is decomposed, together with a certain feeling of melancholy that they have created. The graffiti become indicators of a second life on the walls. An unexpected car, that is still in use despite its being of age, raises suspicions as regards to the presence of people in that space. The old walls that once surrounded a "private" space, may now be hosting obscene writings on them, a dark encounter behind, or a "homeless" within… In short, compared to her well-known non-functional / static spaces, what is being emphasized in these new works is second life, even if “hidden”…
Burcu Perçin (Ankara, 1979), studied painting at the Fine Arts Academy in Istanbul (The Mimar Sinan University). She held her first personal show in Istanbul in 2005. Her works were first seen abroad in the exhibition “Istanbul Now” held in Vienna in 2007. In 2009, she was the youngest artist of the first “Turkish Sale”, the auction organized in London by The Sotheby's. A year later, Perçin was hosted by the avantgarde gallery “The Operation Room” within The America Hospital. As of 2011, Perçin is represented in several major private collections, as well as the “Contemporary Art Collection of the Ministry of Foreign Affairs” and most importantly the Istanbul Museum of Art Collection.