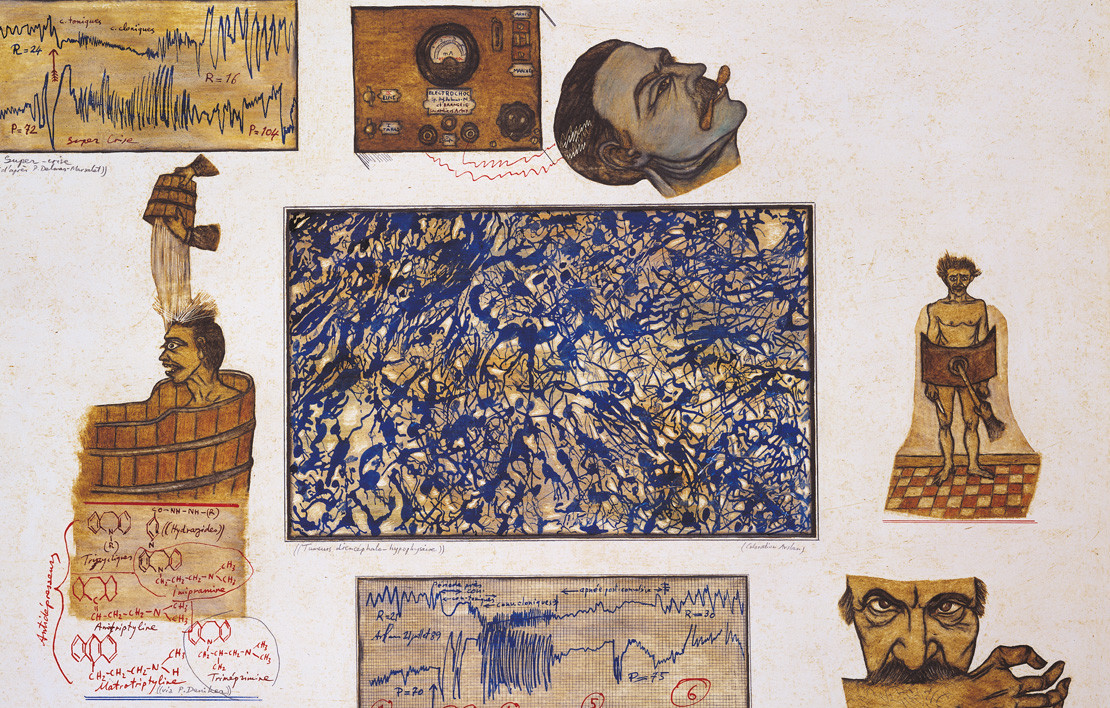 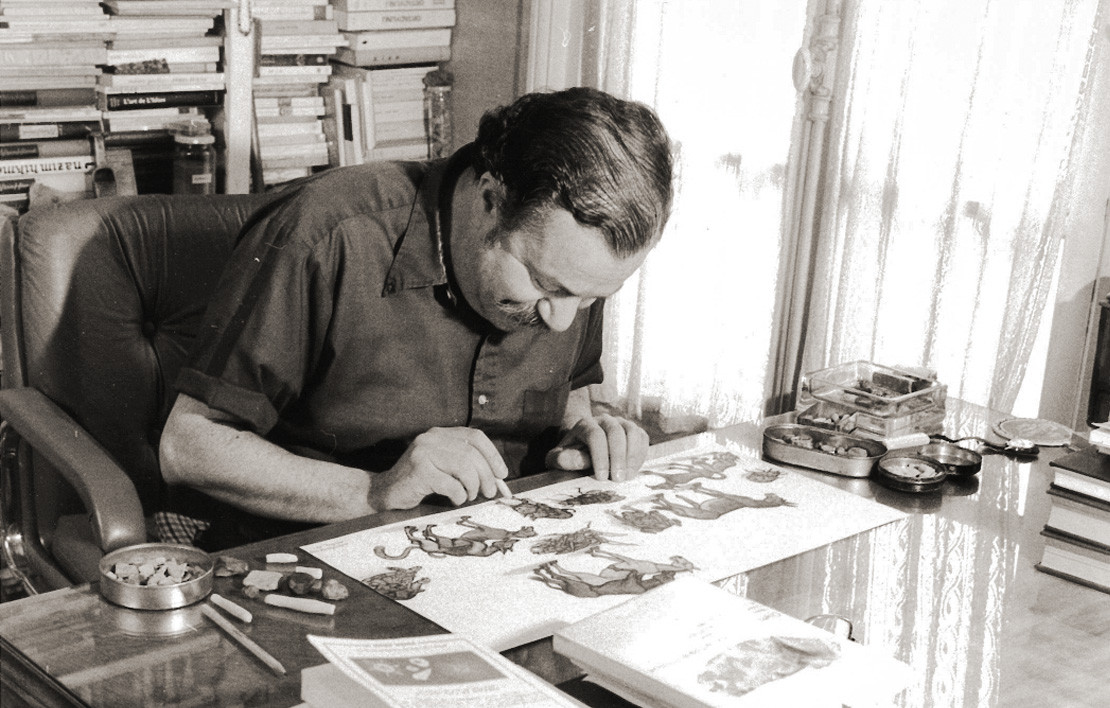 A King in Exile

Galeri Nev and Galerist are proud to host a solo presentation of the unique artist, philosopher, sage, heavy labourer, sorcerer and engraver Yüksel Arslan (Istanbul, 1933 - Paris, 2017) at the Spotlight section of the Frieze New York, 2019. Born to a family of immigrant workers in Istanbul's district of Eyüp in 1933, Arslan’s intense commitment to the reading act, that formed the basis of all his works, was triggered by the world classics in which he found refuge in his youth. Yüksel Arslan studies at the Institute of Art History of Istanbul University, bearing in mind the idea of “painting in a way that has not yet been visited”. His first exhibition opens in Galeri Maya Istanbul where the works are sold out; Arslan can now buy all the art books he is craving for. It is in one of these books that he encounters prescriptions for prehistoric dyes consisting of soil, honey, egg white, fat, bone marrow, urine and blood… From 1955 onwards, by adding soap flakes, various herb, tobacco and tea leaf juices to this ancient recipe, he will become first the inventor and soon the master of his unique technique. In 1958, when his second exhibition “Fallism” is on view in Istanbul, his erotic and autobiographical works are received with great repercussions. At the house of his master İpşiroğlu, he meets poet and art critic Edouard Roditi. Roditi sends him collectors and upon returning to Paris, mentions with praise Arslan’s work to André Breton. Next, Arslan will receive a letter of invitation from Breton to participate in the International Surrealism Exhibition curated around the theme of eroticism. It is with this exhibition held at the Galerie Daniel Cordier (December 1959 - January 1960) that Arslan will move to Paris in 1961. Soon he will name his works “arture” by combining the word “art” and the French affix “-ure”. The “artures” of Arslan will bear resemblance to the drawings of the Renaissance engineers, early encyclopedic illustrations, to the fifteenth century Middle Eastern miniatures as well as prehistoric cave paintings in reference to their light colour palette. In 1964, he is invited to the exhibition “Surréalisme: Sources, Histoire, Affinités”, one of the most important exhibitions in the history of Surrealism, organized by the Galerie Charpentier. The exhibiton catalog refers to Arslan as the creator of an unreal world in which he mingles annoyances and obsessions. For the next half a century, continuously denying his being an “artist”, Arslan creates the scenes of the new “Art(h)urian” myth rather with the patience of an archaeologist and the ardour of a labourer. In  the the grip of nightmares, illnesses, tortures and sexual whims that may derail from one moment to the next, he inscribes the misfortune of "l’Homme" with the indifference of an exiled king. Through the works that we have chosen from the series “Influences”, “Nouvelles Influences” and of course “l’Homme” forming the core of this narrative, we invite you to discover what the king has transferred on to his pages.