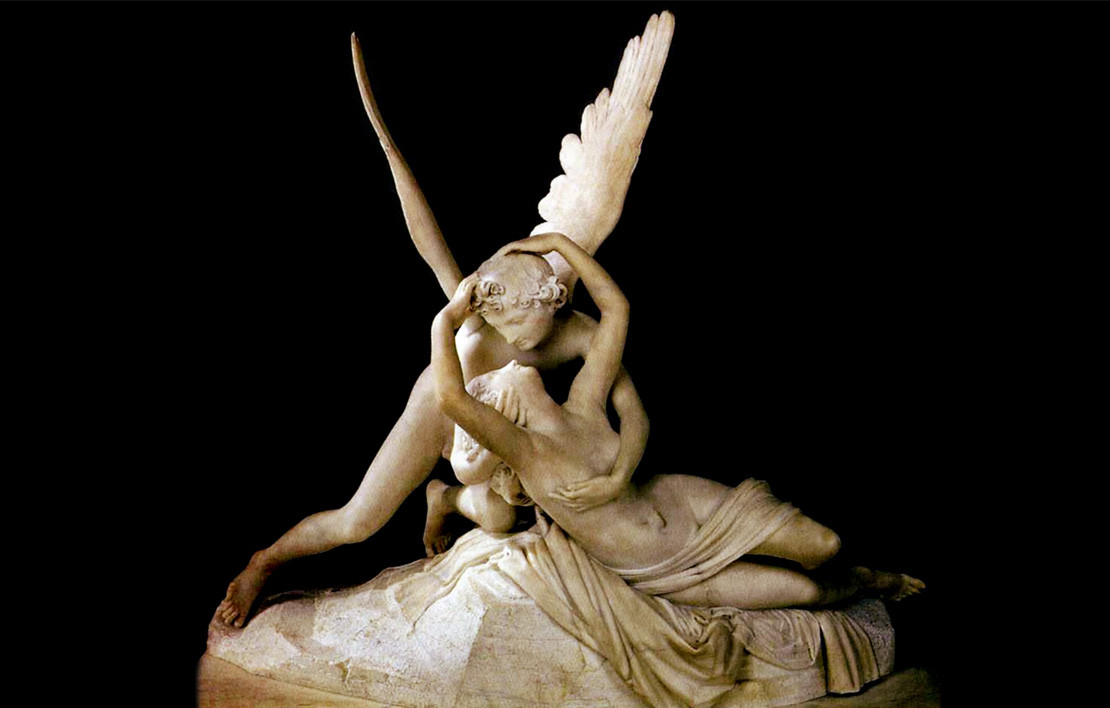 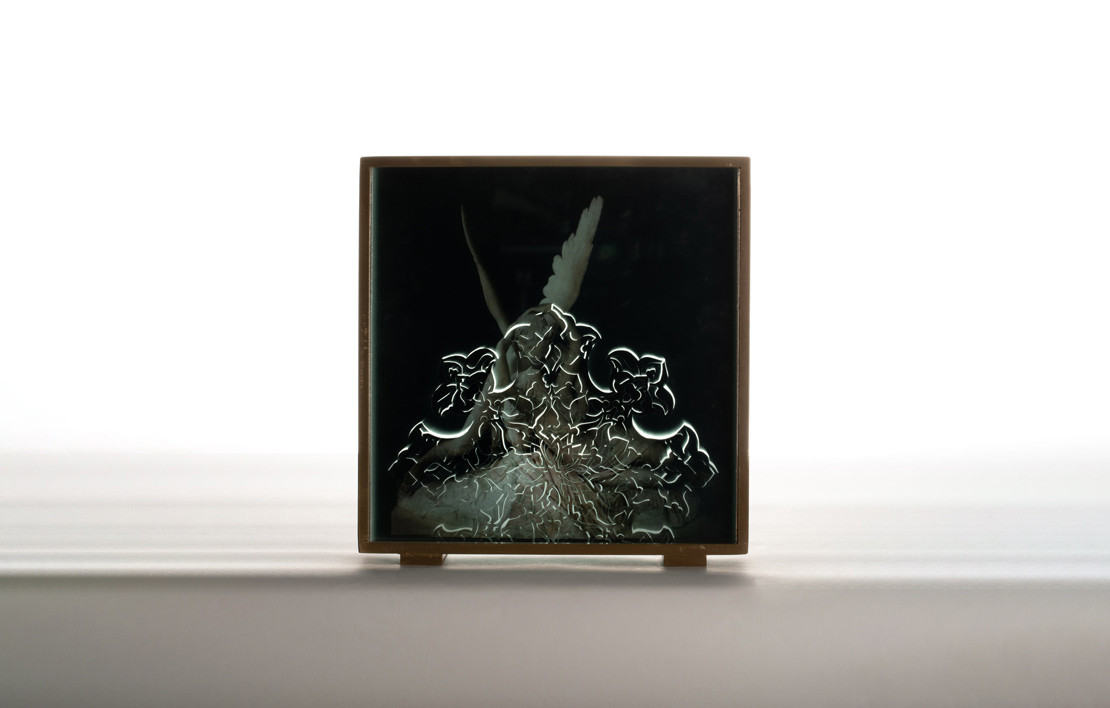 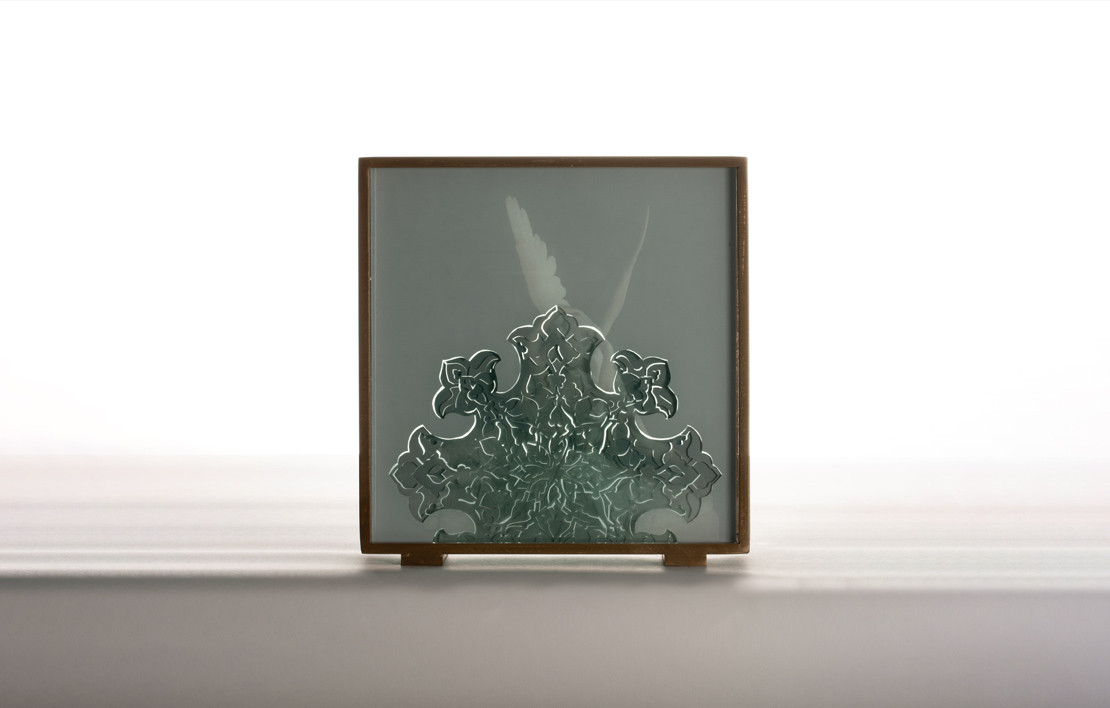 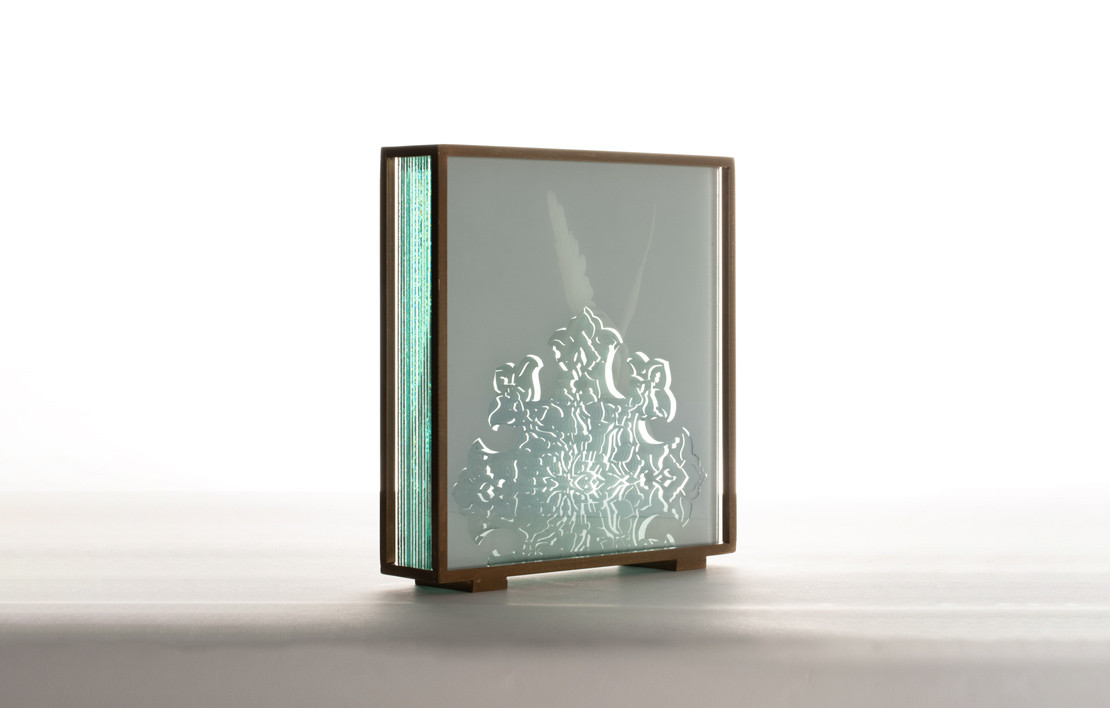 "Eros and Psyche", the second exhibition of Seval Şener at Galeri Nev, opens on Friday evening, March 6. The exhibition combines the iconic sculptures of the pre-modern Western art history with traditional Turkish motifs of the same centuries. Virtually, the masterpieces of the Renaissance and Baroque are translated into the language of the ornament arts. She interweaves Moses and Mary, Leda and Eros, over again with the decorations of Rumi, Münhani and Hatayi. In the meantime, although Seval Şener works with respect to the subtleties of Kat’ı (the art of thin paper cutting), she reshapes and adds body to this traditional technique and all the traditional motifs she uses. The artist, who carries the solid bodies of marble sculptures with kindness on glass layers, thus captures an echo between the sound of the West and that of the East, and this echo itself is sculptured again. Glass layers ranging from 15 to 22 can neither decrease nor multiply due to the necessity of mutual relationship. The resulting aesthetic effect is the result of an imperative, not arbitrary decisions, and the association of two basic forms of art in terms of aesthetics. Seval Şener, who miniaturized huge paintings from world museums in her first solo exhibition in Nev, "A New Light in Harem", continues her reckoning with "Art History" in capital letters.
Seval Şener opened her first personal exhibition at GalleryAMA, one of the well-established galleries in Finland / Helsinki in 2011; in 2012 she was invited to Finland Mantaa Contemporary Art Festival. In 2015, she was hosted as a guest artist in Arnhem, Netherlands and held an exhibition here. She was awarded the Hacettepe University Art Incentive Award in 2018. Her works also took place in the exhibition "The Share of Angels" held at Depo in October 2017, in the "Still Life with Curtains" opened at Galerist in May 2018, and at the "Golden Age" exhibition organized by Galeri Nev on December 30, 2019.