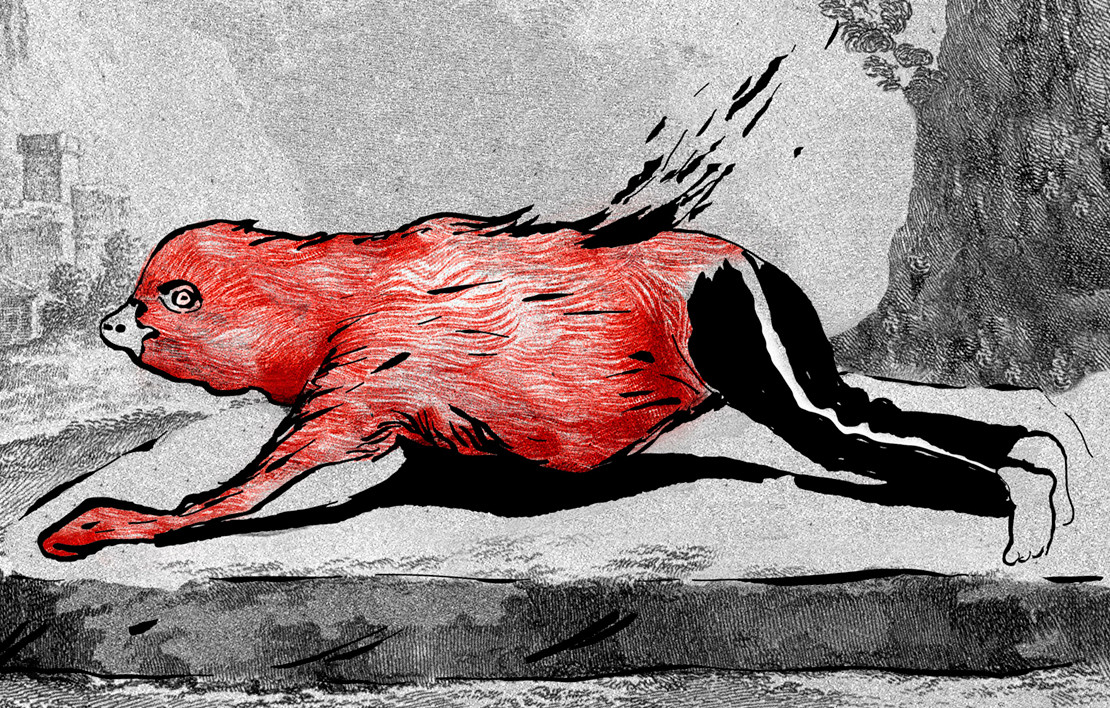 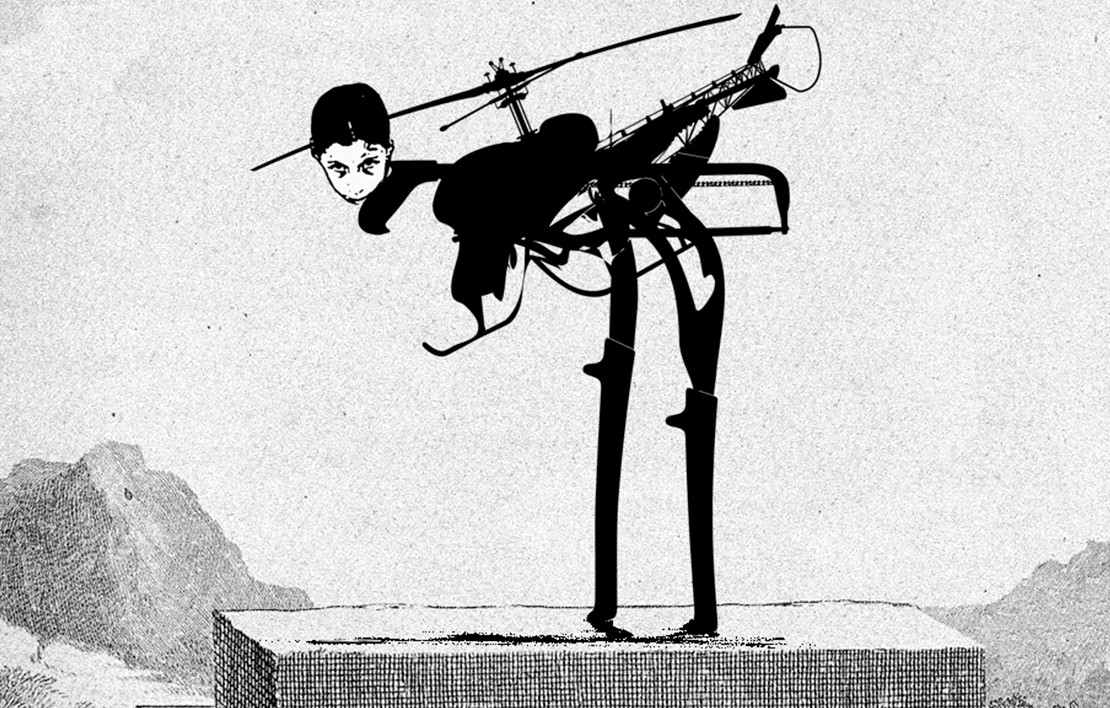 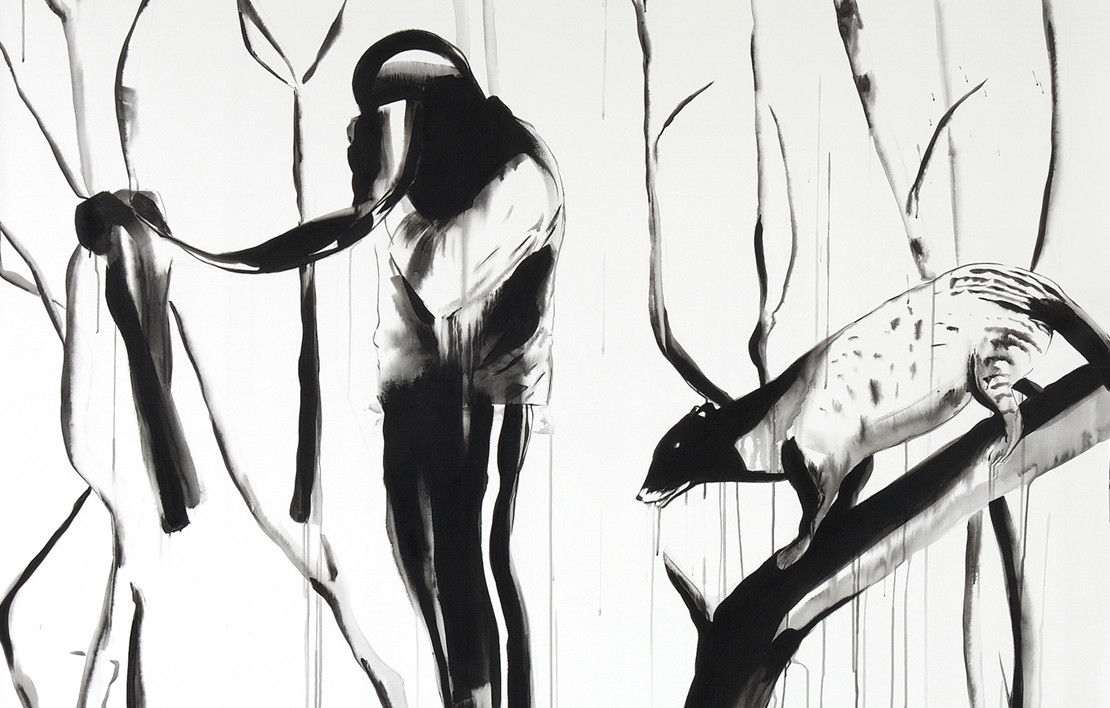 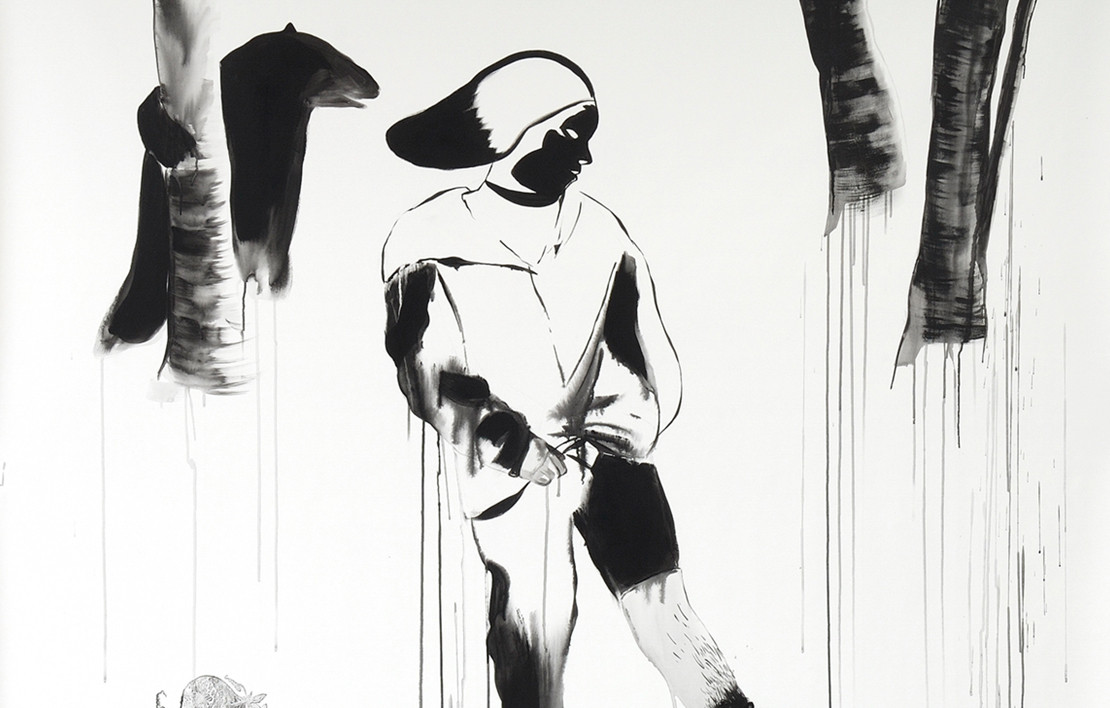 Galeri Nev closes the year 2009 with an exhibition by İnci Eviner: “New Citizen”. Prior to the exhibition opening on Friday, December 18, Eviner is invited to expound on the eight “ink paintings” of the exhibition at the Fine Arts Faculty of Hacettepe University. Alongside the “ink paintings”, Eviner’s exhibition at Galeri Nev will also include a limited edition series composed of eight prints entitled “New Citizen”, on display for the very first time.  İnci Eviner’s exhibition at Galeri Nev will run parallel with her exhibition bearing the same title, Nouveau Citoyen, to remain open until December 31 at the Musée d’art contemporain du Val-de-Marne, within the framework of the Turkish Year in France. The term “New Citizen” (Novus Civis), which in history was used to define the first member of a family to serve the Roman Senate, is today used when referring to immigrants who are changing the definition of “the European Culture” from within. Eviner who developed her “New Citizen” series during the three months she was hosted as visiting artist at the workshops of Musée MAC/VAL and Vitry-sur-Seine, indicates that the series emerged out of efforts exerted for saving the image of the “other”, undermined by the western History of Art, through her immagination and her political existence.
According to Eviner, the works exhibited in France and in Ankara are: “the outcome of the opportunity in experiencing a Europe that finds itself at tha centre of contradictions and changes, of expulsions and integrations.” Eviner, who has overcome the status of “Foreign Artist” thanks to “new citizens” living in France, and thus herself become part of the changes, depicts a possibility that is open to new forms of thought beyond the dilemma of inside/outside, east/west, local/outsider.  The silk screen (serigraphy) series developed for display at the exhibition at Galeri Nev along with the other series, makes reference to certain heroes, motifs and symbols of the iconic prints of from the eighteenth century France. İnci Eviner is represented throughout the world within the collections of the Deutsche Bank (Guggenheim, Berlin); Musée d’Art Moderne de la Ville de Paris, the contemporary art museum of Francesca Von Habsburg TBA21, Vienna; J.P. Morgan Chase, the Princess of Jordan and of the National Museum of Jordan, and in Turkey within the collections of İstanbulModern, Santralİstanbul and the Koç Foundation.