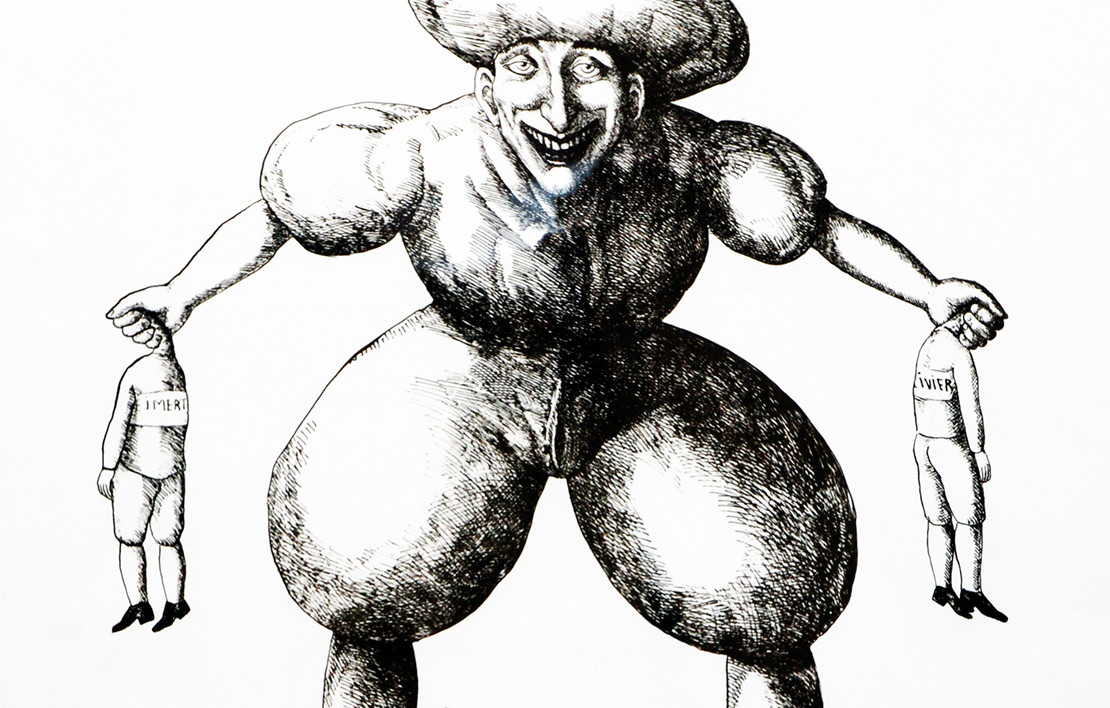 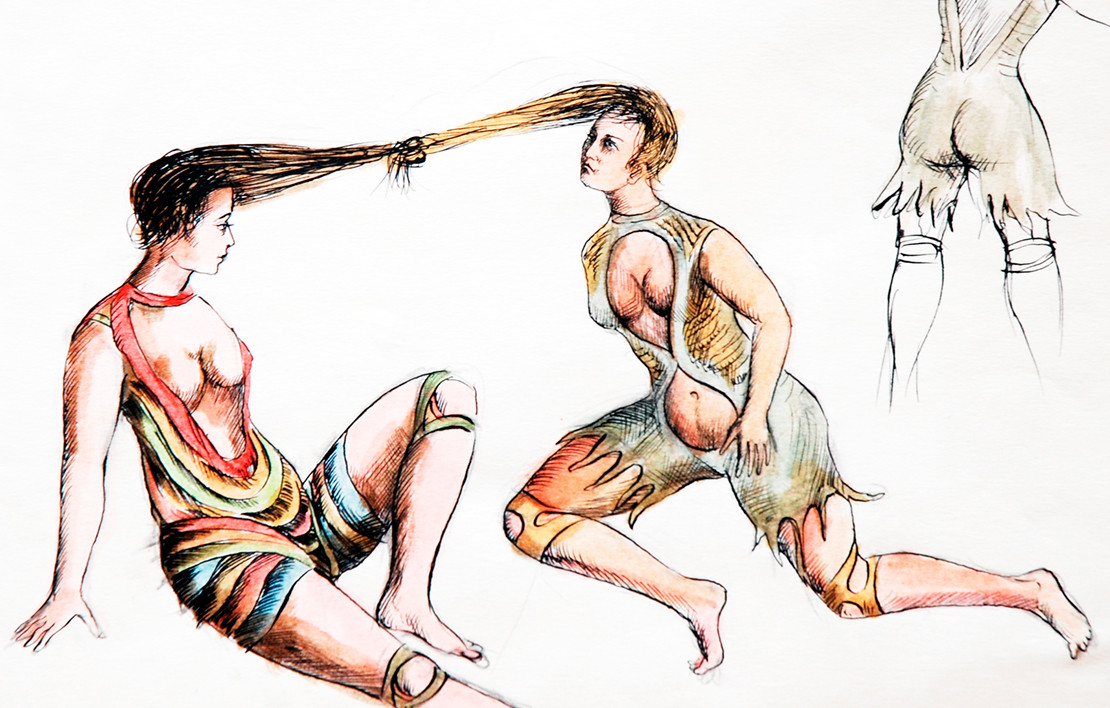 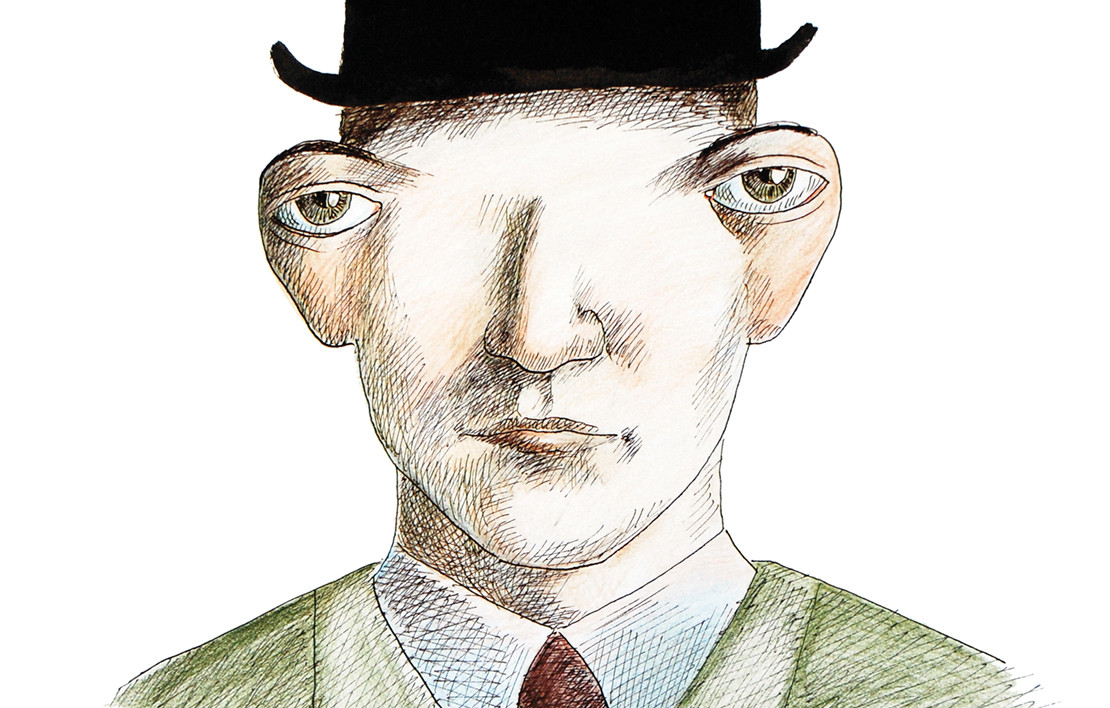 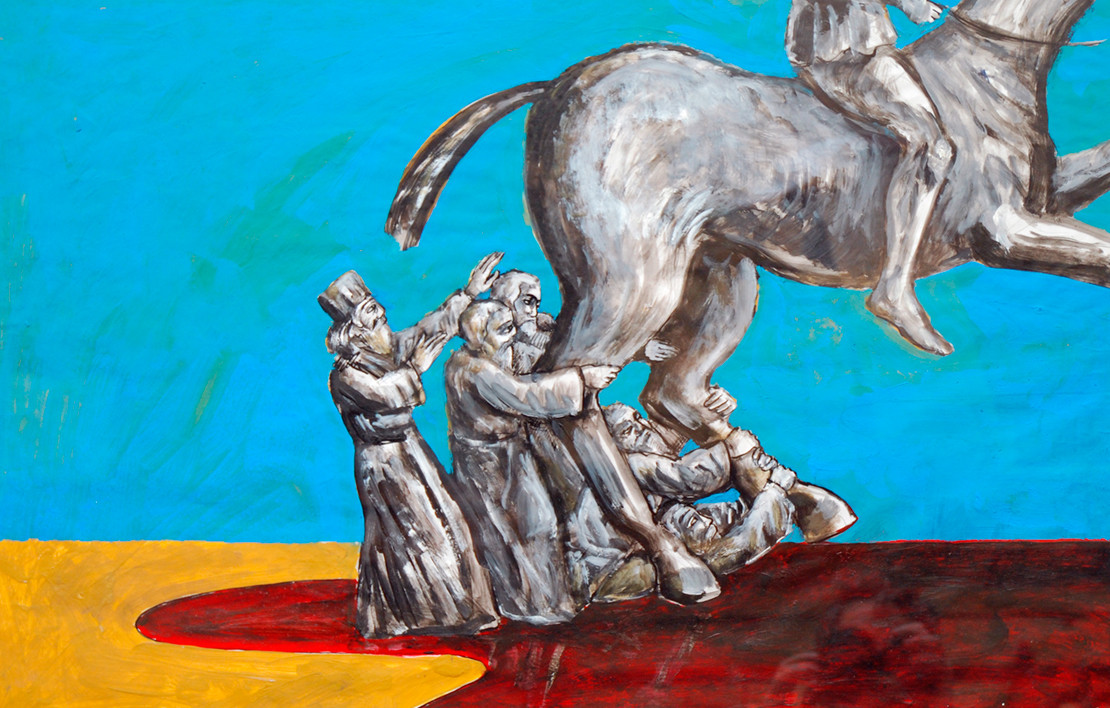 On His 75th Anniversary

Galeri Nev begins the new year with a personal show by the French artist and master of drawing, Roland Topor. On the occasion of the inauguration, to be attended also by the artist’s son Nicolas Topor and his editor Christian Bramsen, Galeri Nev will be celebrating the late Topor’s seventy-fifth birthday. The exhibition held at Galeri Nev in January 2008, entitled ‘Panic’ consisting almost entirely of original prints was not only Topor’s first personal show in Turkey, but was also significant in that it was the first retrospective exhibition following the artist’s demise. This second exhibition organized to mark the 75th anniversary of the birth of Topor, brings together for the first time and once again at Galeri Nev original drawings, posters and oil paintings by the artist.
Roland Topor, born in Paris in 1938 as the child of a Jewish family of Polish origin passed his childhood in hiding from the Nazi invasion. According to art critics, World War II had a significant impact on the style Topor was to adapt in the future. In 1955 he began attending the École des Beaux-Arts in Paris. While still a student, his drawings were published in the prominent art and satire magazines of the time. Between the years 1961 and 1965, he worked for Hara-Kiri, one of the leading satirical magazines of France. In 1962, along with his close friends Arrabal and Jodorowsky, he founded the group “Panique”. Originally known as “El Panico”, the group engaged in fables, short stories, theatre performances and exhibitions based on three basic themes: terror, satire and simultaneity. In 1972, the work of “Panique” was brought together at the comprehensive Grand Palais exhibition in Paris. Topor’s first book published in 1965 was Dessins Panique, a compilation of drawings he had created within the group. In the years to follow, this first book was followed by more than fifty different drawing albums. Most of these were printed anew in France in 2007, on the occasion of the 10th anniversary of the artist’s death. There are also books by Topor in the Turkish, issued by publishing houses like Ada, İmge and Yapı Kredi. In 1964, he wrote his first novel “The Tenant”. The novel was filmed in 1976 by Roman Polanski; with Polanski and Isabelle Adjani in the leading roles. As of 1966, Topor himself took part as an actor in several films, the scripts of which were mostly written by him. In addition, he illustrated the characters of the 72-minute long animation film “The Fantastic Planet” in 1973, which, today is accepted as the first feature-long animated film. “The Fantastic Planet” won the Jury Special Award at the 1973 Cannes Film Festival. In 1983, he created the famed French television series entitled Téléchat. Topor also took part in the show business by creating the stage and costume designs of the Shakespeare plays staged at the Comédie Française. In 1994, Topor was awarded the “Grand Art Decoration of the City of Paris”. In 2004, the short film shot by Sylvia Kristel, consisting of his drawings and moments of his life won the first prize at the Tribeca Film Festival. That same year, Mehmet Ulusoy compiled Topor’s autobiographic writings, fables and short stories in staging the theatrical play the “Topor Party”. Roland Topor went down in the annals of art history as the surrealist master of the absurd, horror and sexuality.