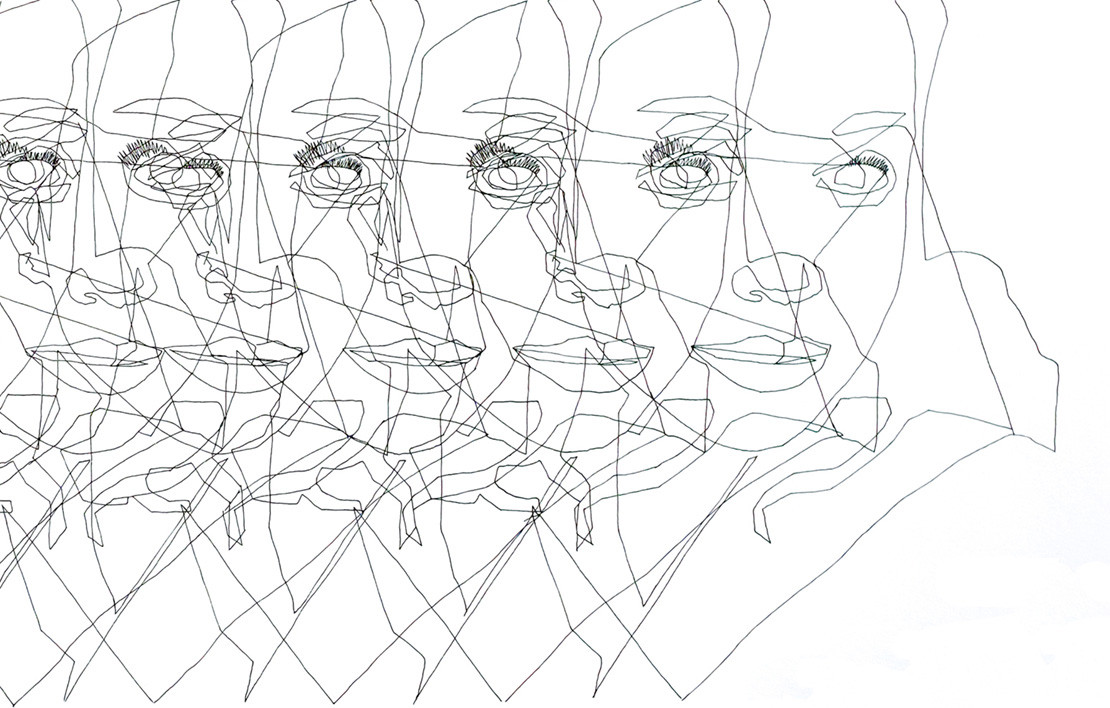 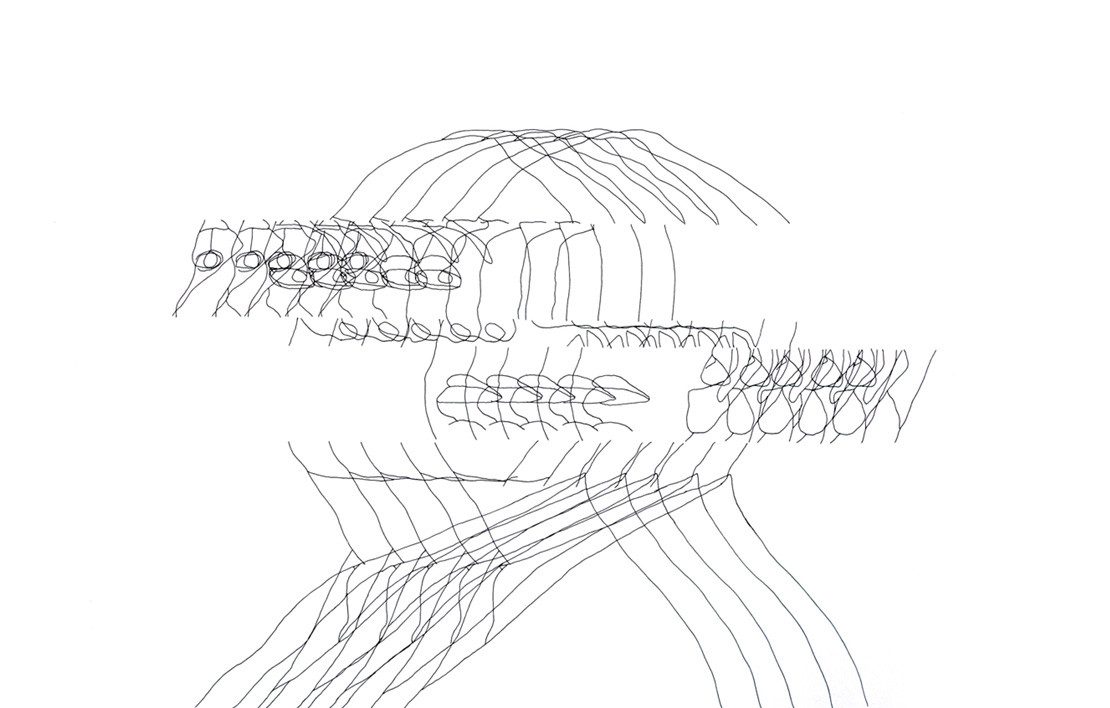 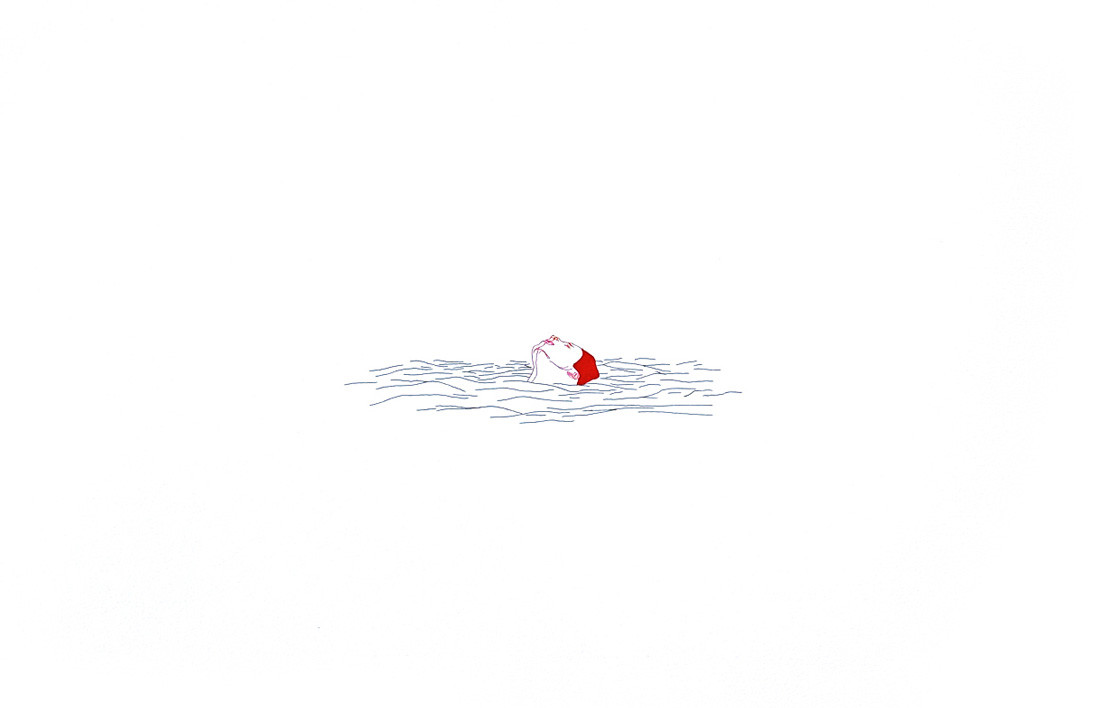 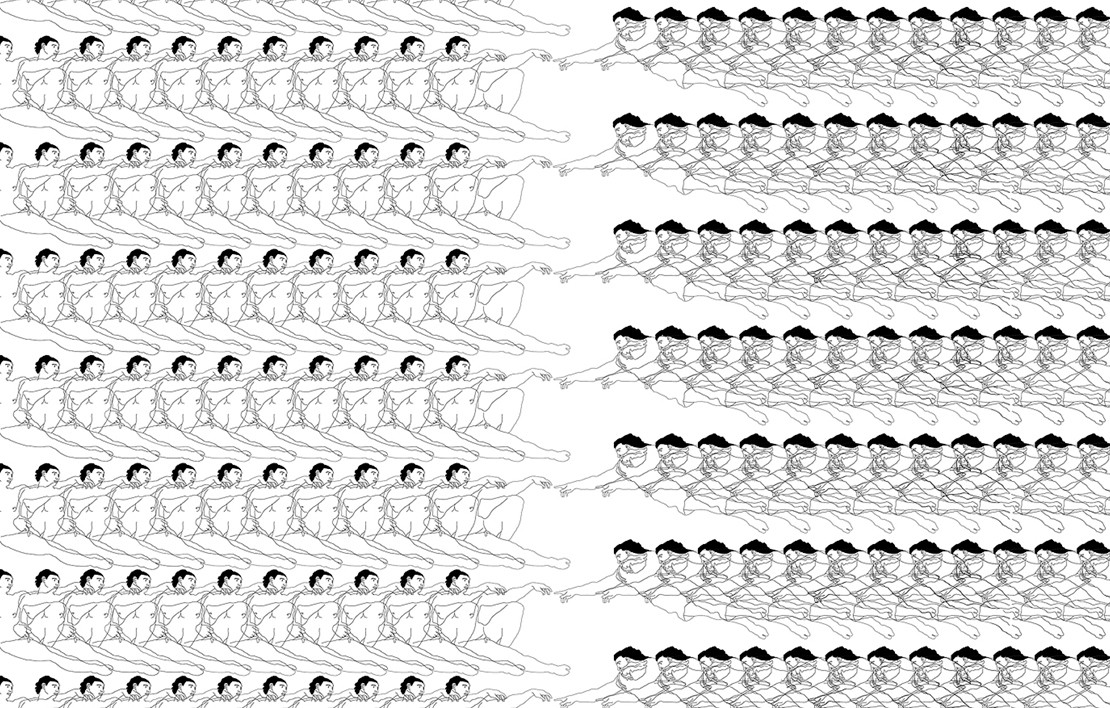 “I opened my eyes early in the morning. The room was still dark. Only a glimmer of light was filtering through the curtains. The sound I was expecting to hear: her breathing, I couldn’t hear it. The silence that prevailed in the room was frightening. It was as though we were both waiting with great tension in our souls. We were both accumulating many things within ourselves. For me, they were almost tangible. At the same time I was extremely curious: when did she woke up?”
(Sabahattin Ali, “Madonna With Fur Coat” 1943)

Galeri Nev is preparing a solo show by Ali Şentürk, one of the guests of the latest NEVGENERATION project entitled “THE PLAYGROUND” which brought together twenty young artists in Ankara at the summer of 2015. The show to open on March 4th consists of continuously repeating drawings, vibrations and loops executed in acrylic ink on paper that Şentürk introduced at the PLAYGORUND for the first time. Technically, these new works on display refer to the “Family Portraits”; the series on which the artist worked for many years employing spiral wire on canvas. Thus, the exhibition can be interpreted as a new step of the artist’s ongoing research on different definitions and possibilities of “drawing”. The size of the works varying between three meters and thirty centimeters confirms their experimental quality. Ali Şentürk groups all these works focusing on defocusing into two different categories; “collections of his arabesque feelings” and “reflections on the Western art history”. The way the artist deals with references from Leonardo da Vinci to Egon Schiele is a simultaneous presentation of satire and praise of the almost “cinematographic” frequency with which the iconic works of these artists appear before us. Whereas the repetitions referring to his own feelings is a critique and a compliment to spirals of the mind and the memory. Ali Şentürk (1985, Ankara) graduated in 2012 from the Sculpture Department of the Fine Arts Faculty of Hacettepe University. That same year he and his friends won with his the “Best Scenario Award” in the short film contest with “Novartis: 24 Hours with the Patient”. In 2013 he has participated in the CerModern Guest Artist Programme; he was invited to Mamut Art Project and he took part in the exhibition “Empty Houses Don’t Make A City”, opened with the support of the French Cultural Centre at M1886. His first solo show, “In search of Ali Şentürk” was in 2014 at METU, Ankara and his second “Don’t Mention Me To Anyone” at SODA, İstanbul. Among his group shows “How Should a War Be Remembered”, curated by Dilek Şener at CerModern and “Second Nature” at the METU Art Festival should be mentioned. His works were more recently displayed at “40 Meters, 4 Walls, 8 Cubes”, a side activity of the İstanbul Biennial. Şentürk lives in Ankara, he is continuing his post-graduate studies at Hacettepe University and is simultaneously teaching at the Music and Fine Arts Department of METU.