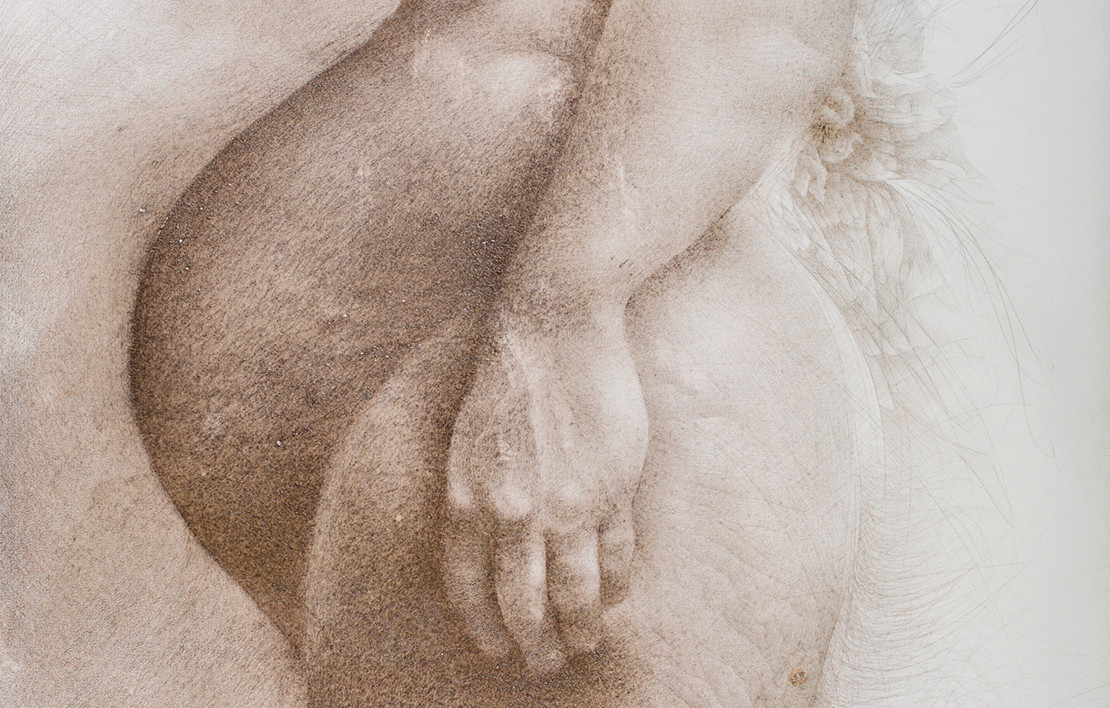 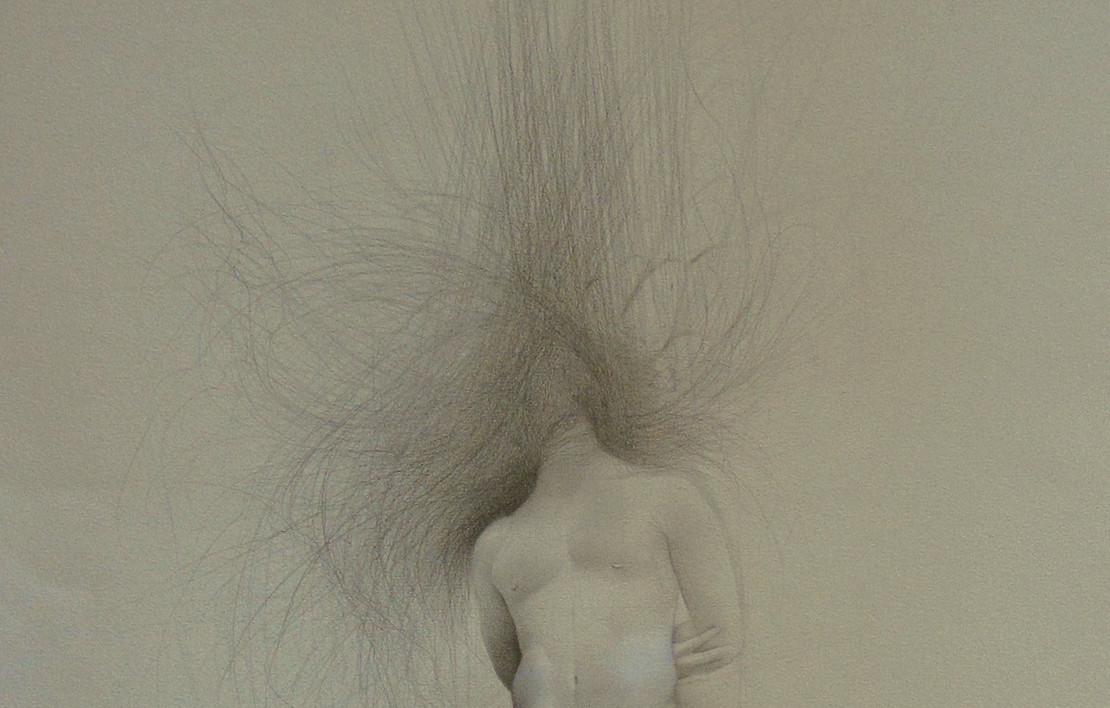 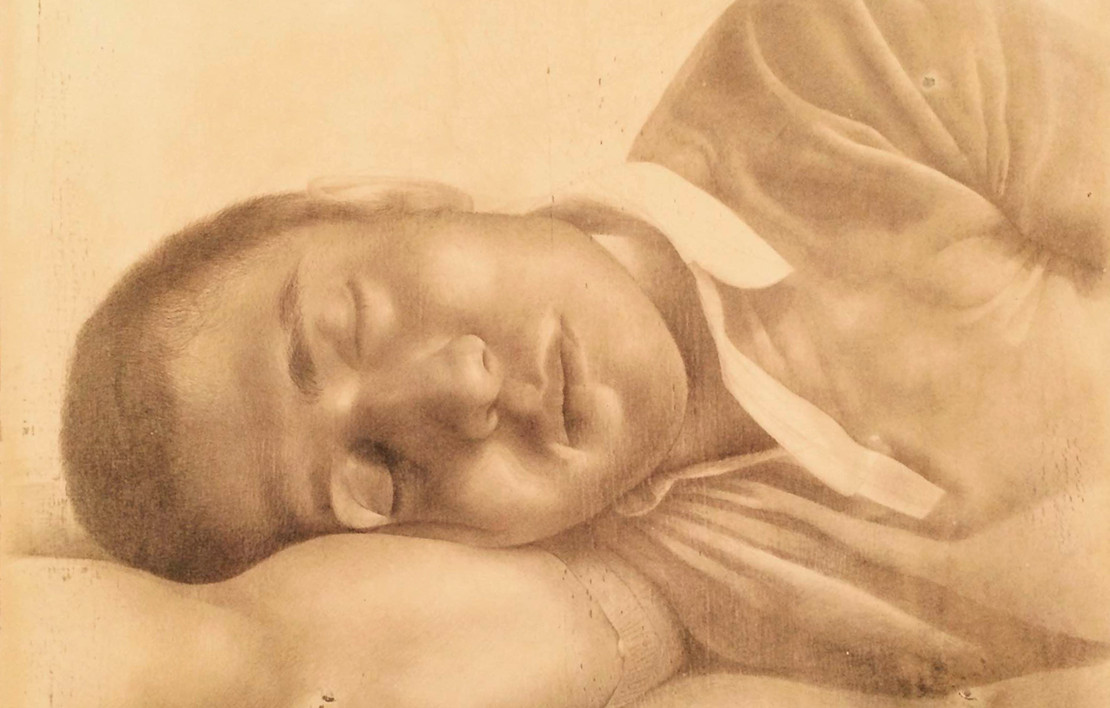 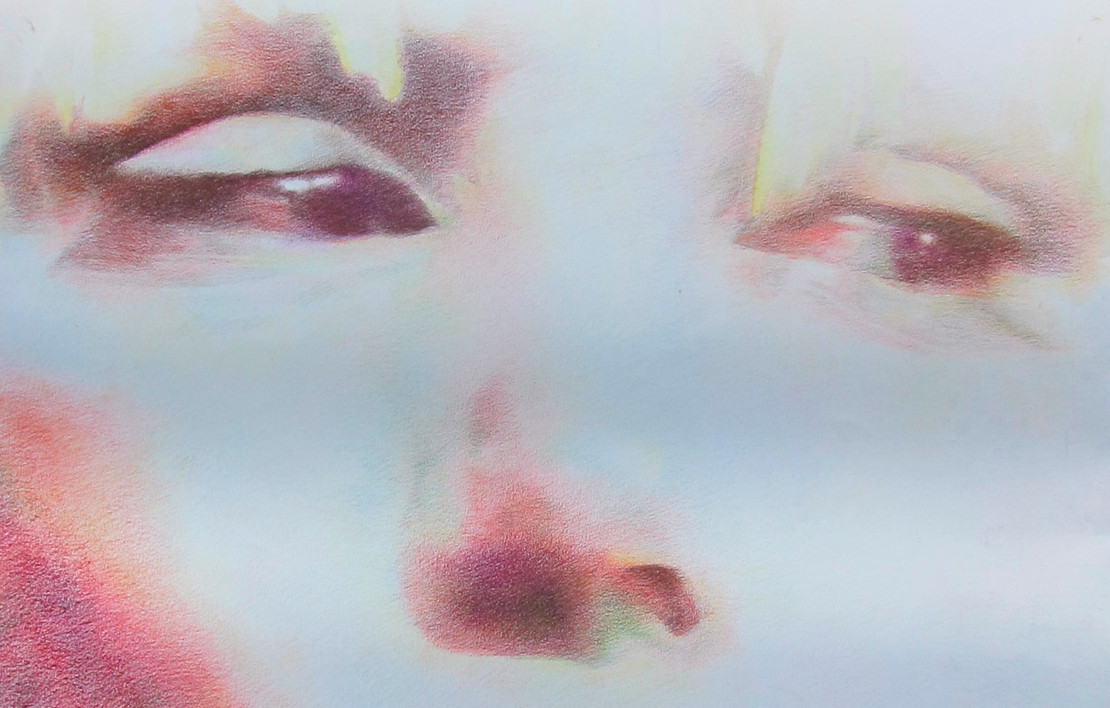 Galeri Nev starts the new year with the exhibition “Wuthering Streets” by Anıl Saldıran. The artist’s etchings and works on paper with coloured pencils had first been seen at Galeri Nev’s NevGeneration exhibition – the ongoing journey to discover young artists. In the following years, Saldıran developed new drawing techniques on wood with silver, copper or gold and mastered the tempera on which he had been researching for a long time. The interaction and even the oxidation between the linings he had made with various mixtures and metal drawing materials had also contributed to his production process. Anonymous people that he photographed, or photographs he found on the ground had modeled to this series “Wuthering Streets”. Apart from that, Anıl Saldıran, got some of his materials from the streets as well: woods that came out of burned, ruined buildings or copper wires that he used in his drawings… On the other hand, the ‘reality’ that came out of the combination of these materials and models were rather different than how it is in the streets. The mostly asleep tenants of his “Wuthering Streets”’ are rather belonging to a dream world. The exhibition that invites the viewers to share this same uncanny dream will continue till February, 14.
Anıl Saldıran (1982, Höxter), graduated from Bilkent University Fine Art Faculty Fine Art Department. He had taken graphic lessons from Parsons and School of Visual Arts in New York. He worked as a designer in a textile firm in Turkey. He had finished his graduate studies at Yeditepe University Fine Art Faculty Plastic Arts Department and completed his thesis on “Psychoanalyses and Art”. During this time he worked with Ergin İnan. His works had been shown in Füsunİnan in İstanbul in addition to various group shows. He was at NevGeneration in 2013. Anıl Saldıran was lately invited to the ArtFunkl Residency in Manchester, England.