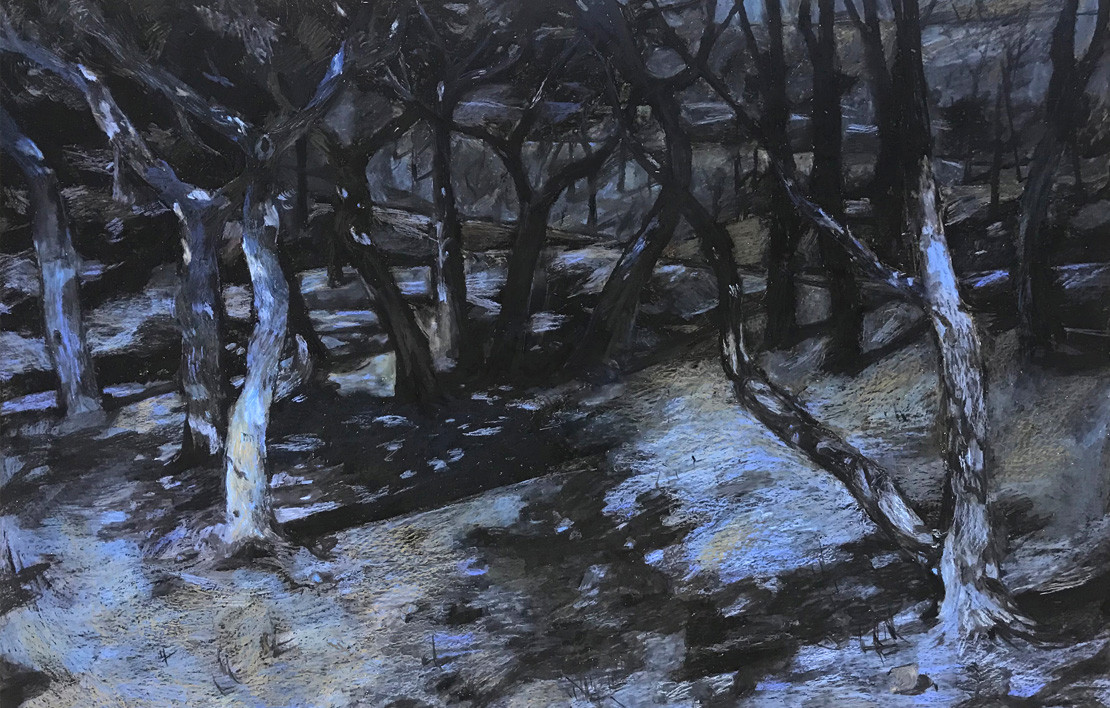 Galeri Nev starts the new exhibition season with Gökhun Baltacı. Baltacı’s second exhibition ‘Hat Trick’ opens on October 2 and continues until November 9. The artist is inspired by the uncanny. He thinks that the objects that make us uneasy are walking around in a space inside us. After capturing them one by one he transfers those objects to his painting. Baltacı, who travels towards the roots of fear and anxiety, almost like a dog sniffing, follows intuitive perception, not mental perception. Thus, ha disturbs and blurs the essence of objects or atmospheres that we identify through knowledge and logic. In doing so, he is most influenced by the fact that children are able to take objects out of their contexts and make them whatever they want, for example, to fly a shoe like an airplane. Gökhun Baltacı's preference for pastel paints makes it easier for him to repeat the placements in children's games in his own world. The universe, which is shaped by a child, forms new universes and new games in Baltacı's pastels.
Gökhun Baltacı received his MA degree from Hacettepe University, Institute of Fine Arts, Department of Painting in 2019. During his studies, he participated in public projects in Ankara, Mamak and Sincan. Starting from 2010, he was invited to various exhibitions including ‘Shaken Image’ in Pera Museum and “Same Garden’ in Evliyagil Museum. In 2017, his first solo exhibition ‘Right Corner of the Table’ opened at Galeri Nev. In the same year, at ‘Share of the Angels’, one of the parallel activities of the 15th Istanbul Biennial, organized by Nev at Tobacco Depot, his works were exhibited together with artists such as Erol Akyavaş, Mübin Orhon and Candeğer Furtun. Gökhun Baltacı's pastels were last seen in 2018 at Mamut Art Project.