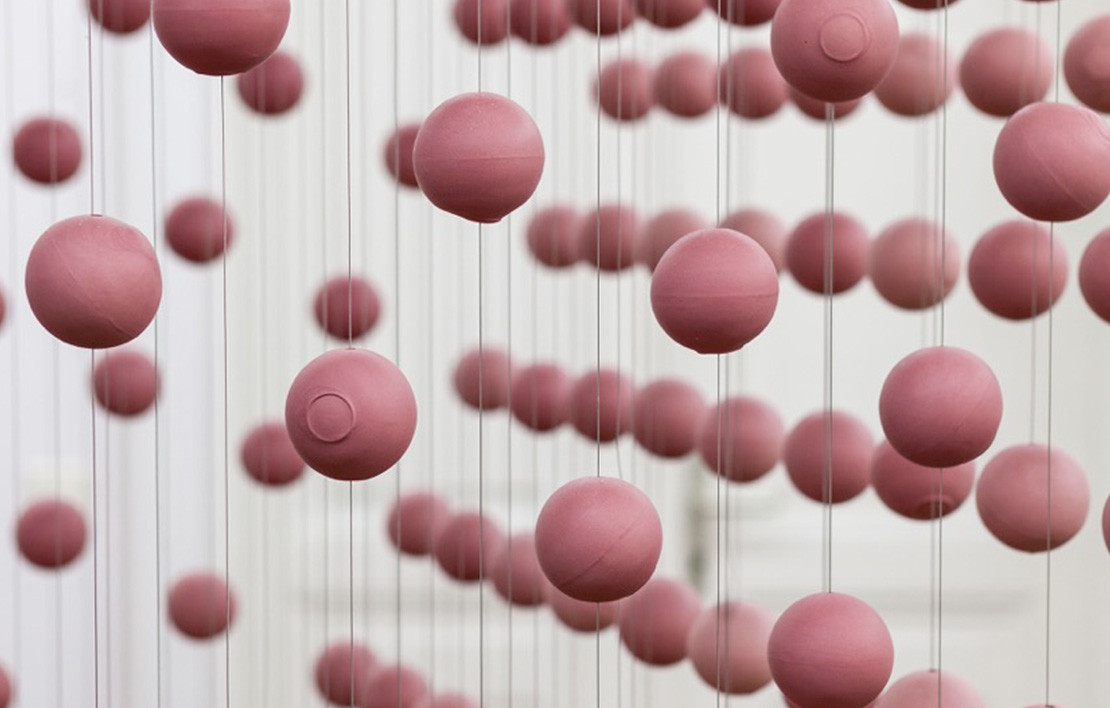 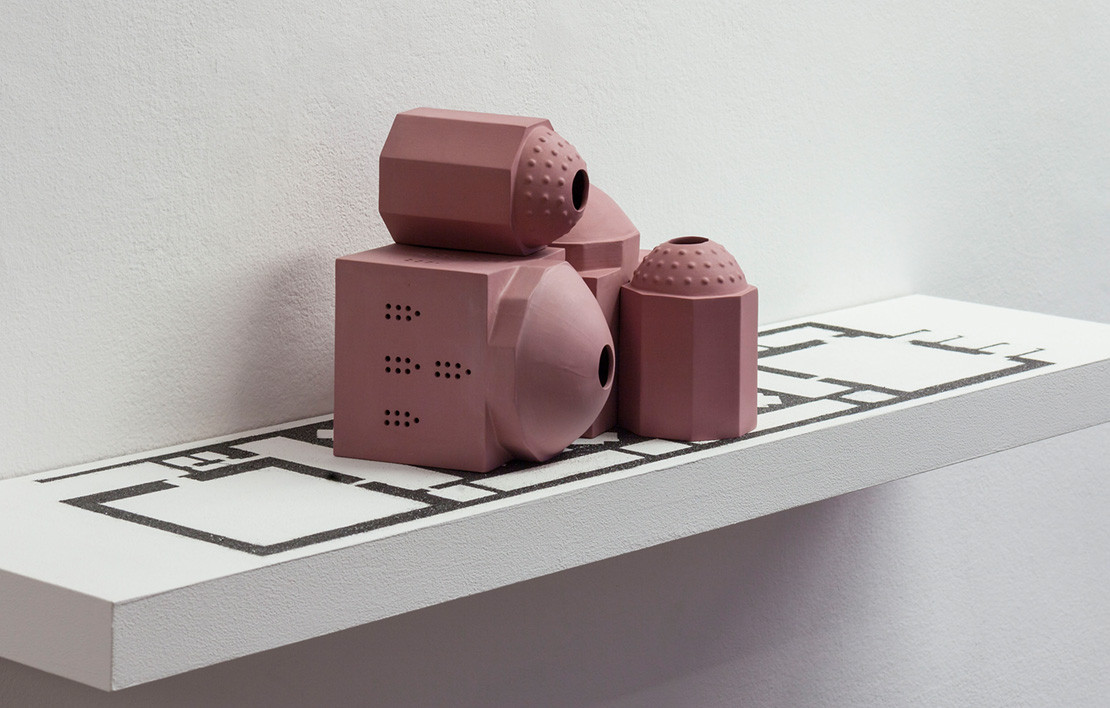 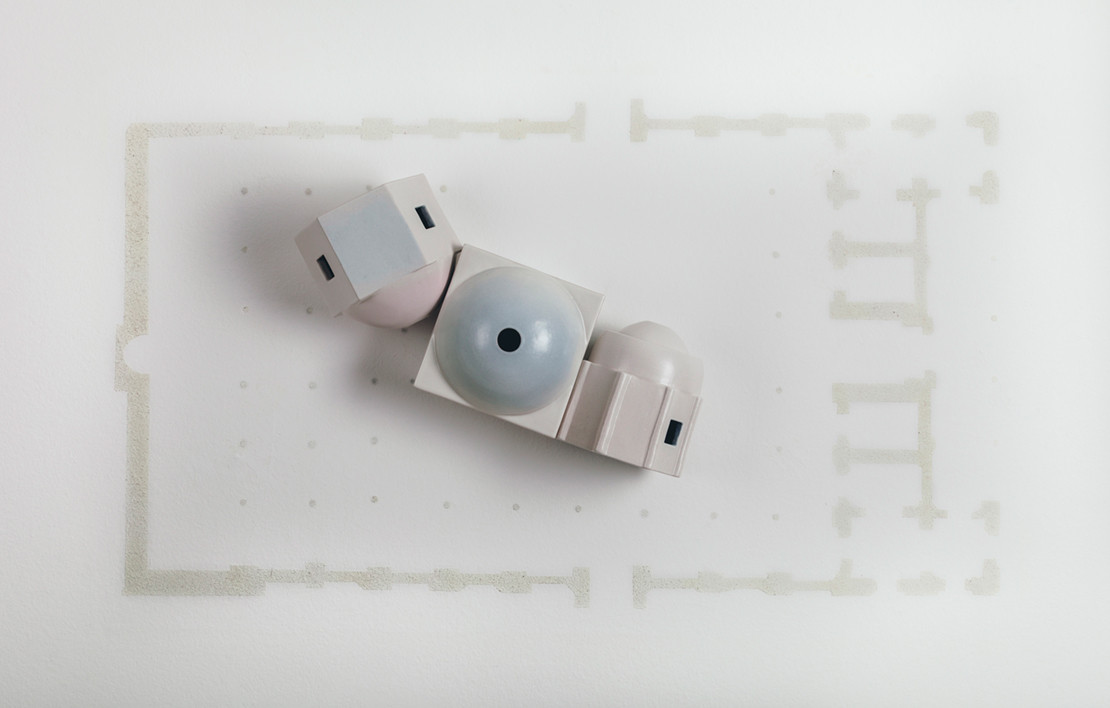 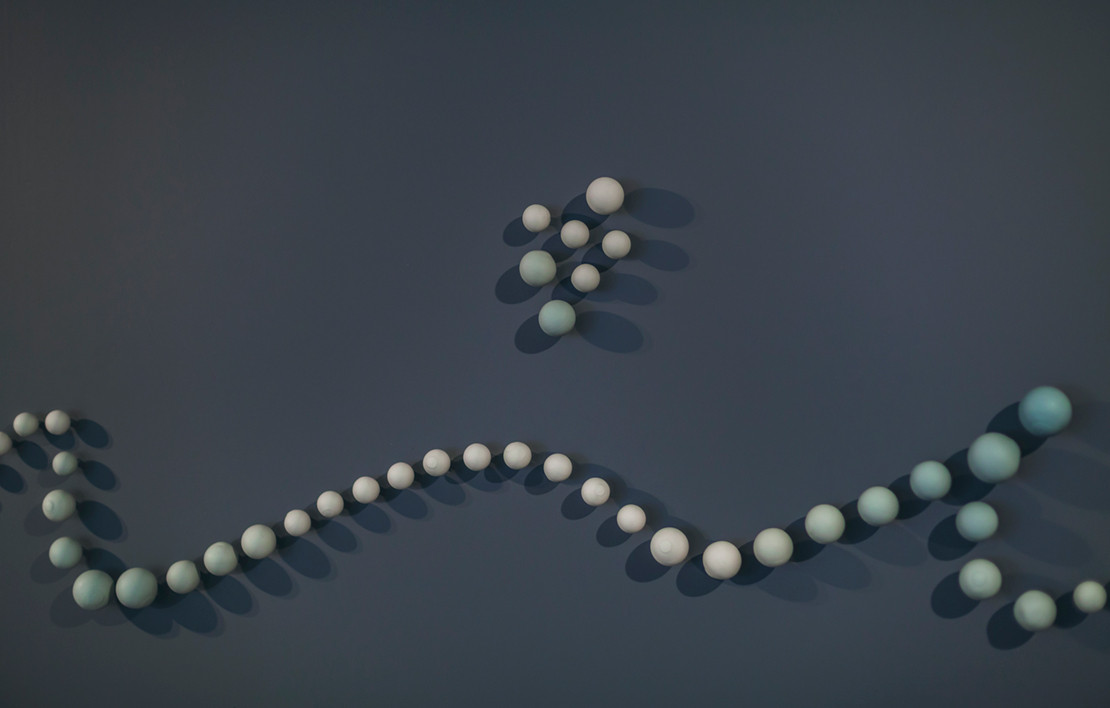 Galeri Nev, which hosted a Canan Dağdelen exhibition first in 2007, is now opening a new solo in commemoration of working with the artist for ten years. Two important installations to be exhibited for the first time in Ankara, “UPRISE” hanging from the ceiling with a thin strings and the “hiç” constituting a giant relief on the wall surface join together to give the exhibition its name. “UPRISE and hiç”, refers to Kerem and Aslı, Ferhat and Şirin myths and invites the audience to think about the tense relations between the two works and their co-depended identities. UPRISE, formed with module spheres named as “dots” by Dağdelen, is almost frozen in the space. The work represents both the establishment and destruction or the formation and fragmentation of a place at the same time. The UPRISE, whose dome is “up”, arouses a feeling that the ceramic spheres are there together to realize a great transformation. The state of being in a dream or a fairy tale we are carried by due to their pink colour, clears away when we notice the power of explosion the balls each have… The “hiç” (nothingless) that first differs with colour selection is formed with white spheres over a white wall. The artist who removes the gravity by hanging the pieces of UPRISE with transparent strings, created the same impact with the colour or the colourlessness. Thus the audience whose perception have been tested for the second time, find themselves in the work; the difference between the subject and the object melts away in the white merging into the white, disappears, and becomes “nothing”. In the striking gap that emerges, echoes on the one side Rumi’s words “Be nothing!”, and on the other side Malevich’s “Black Square”.
Born in 1960 in Istanbul, Canan Dağdelen completed Vienna University of Economics and Business Administration in 1986 and then received her master’s degree from Vienna University of Applied Arts in 1991.  She has been teaching at the same university since 2003. The works of Dağdelen –who lives in Vienna- were viewed in Istanbul Modern Arts Museum, Mardin Biennale and Aksanat in Turkey, and Austrian Museum of Contemporary Arts (MAK) Vienna, Projektraum Viktor Bücher Vienna , Foundation Katara Doha, Lentos Kunstmuseum Linz and 21st Century Museum of Contemporary Art Kanazawa around the world.