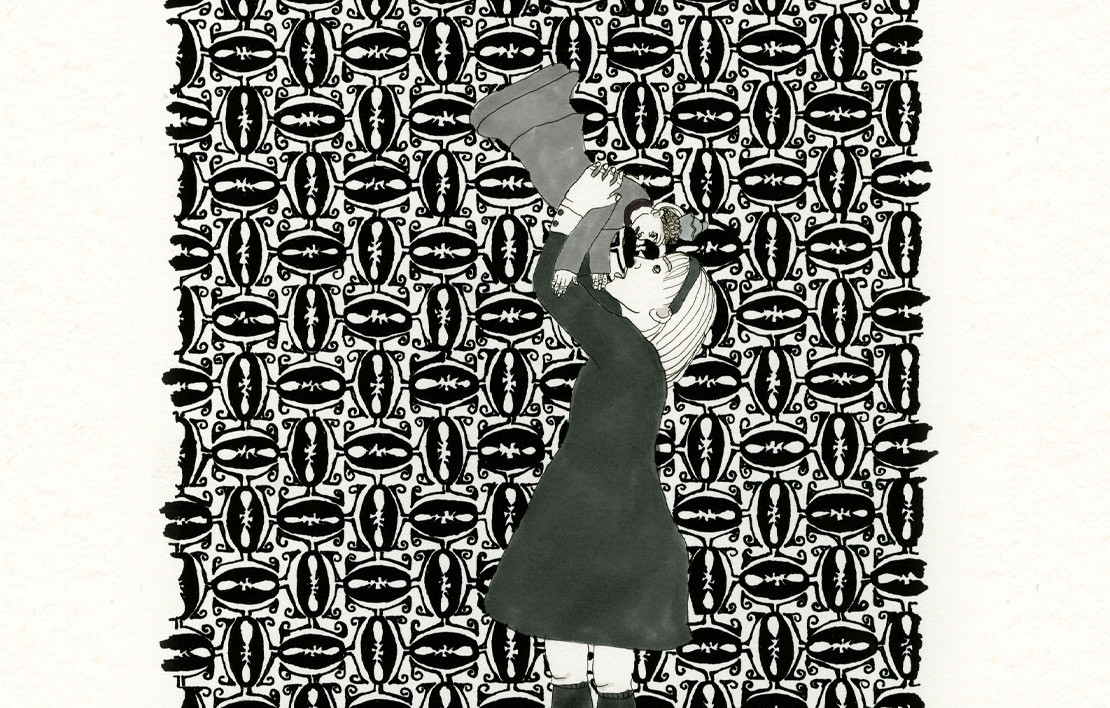 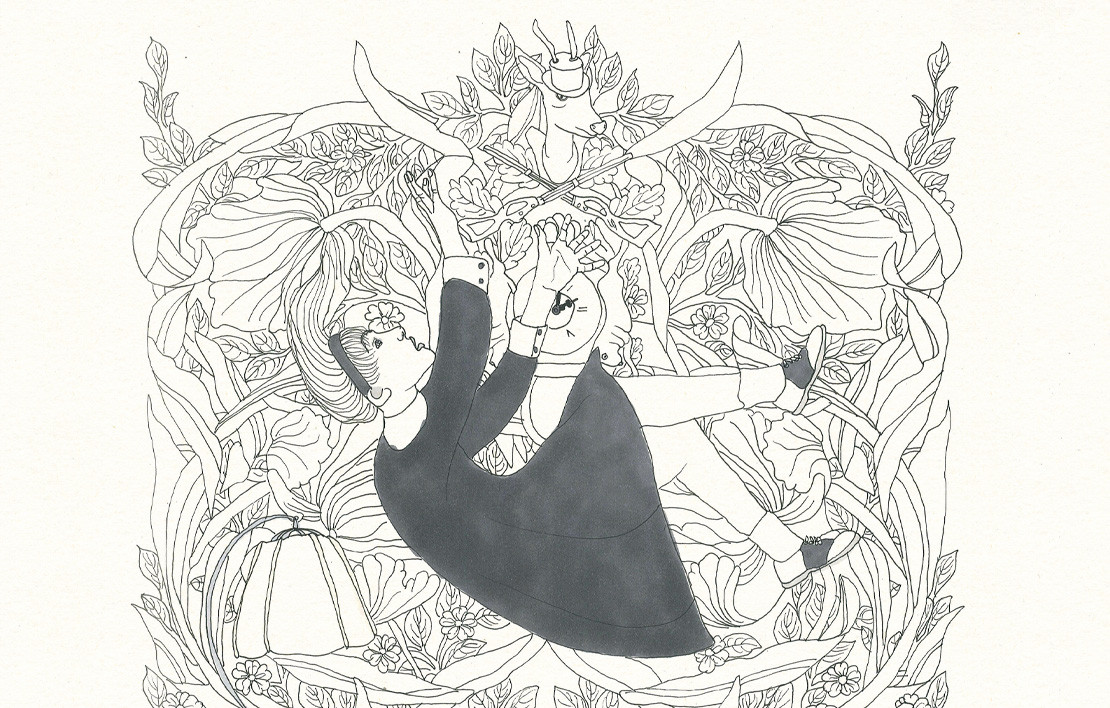 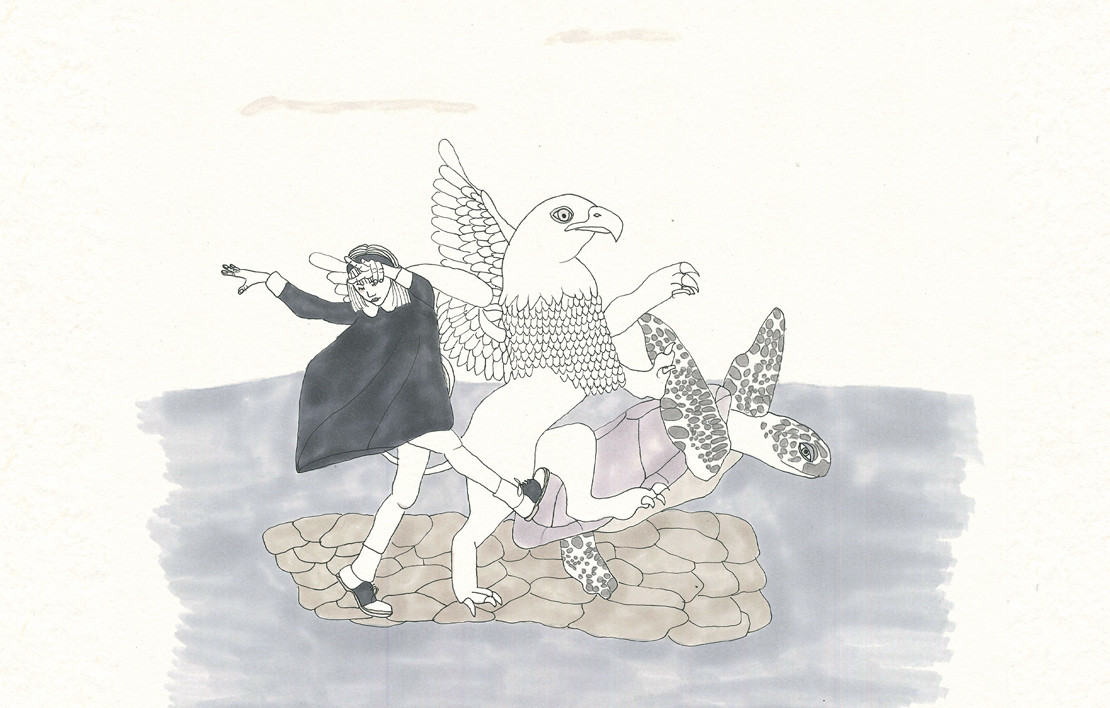 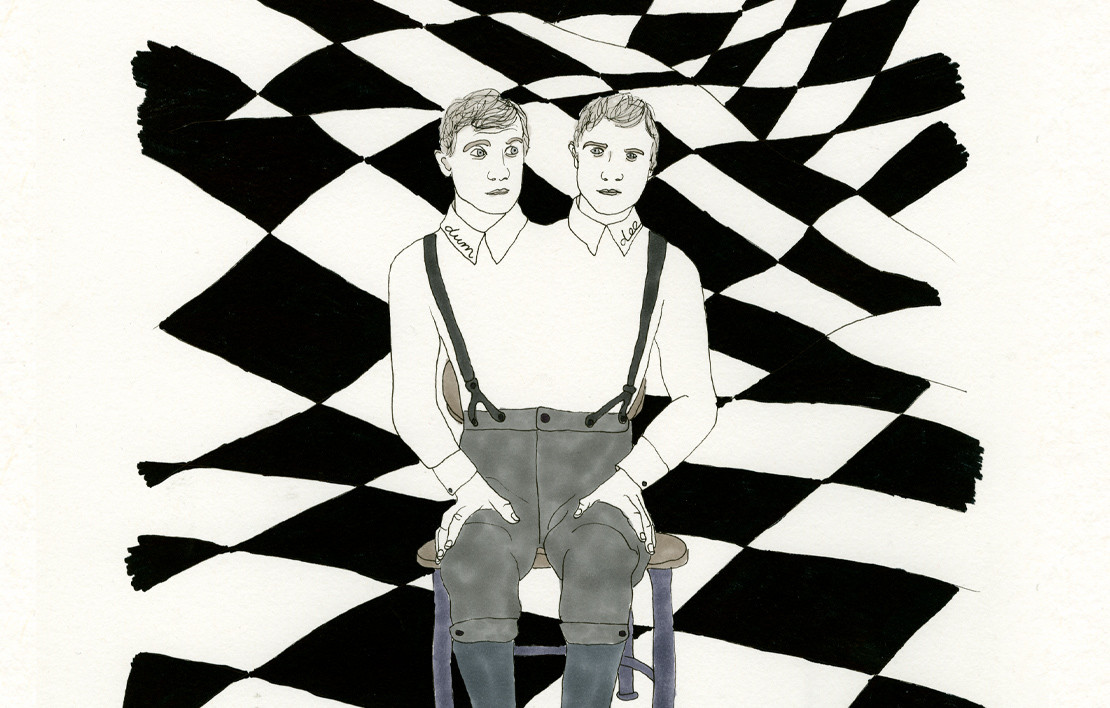 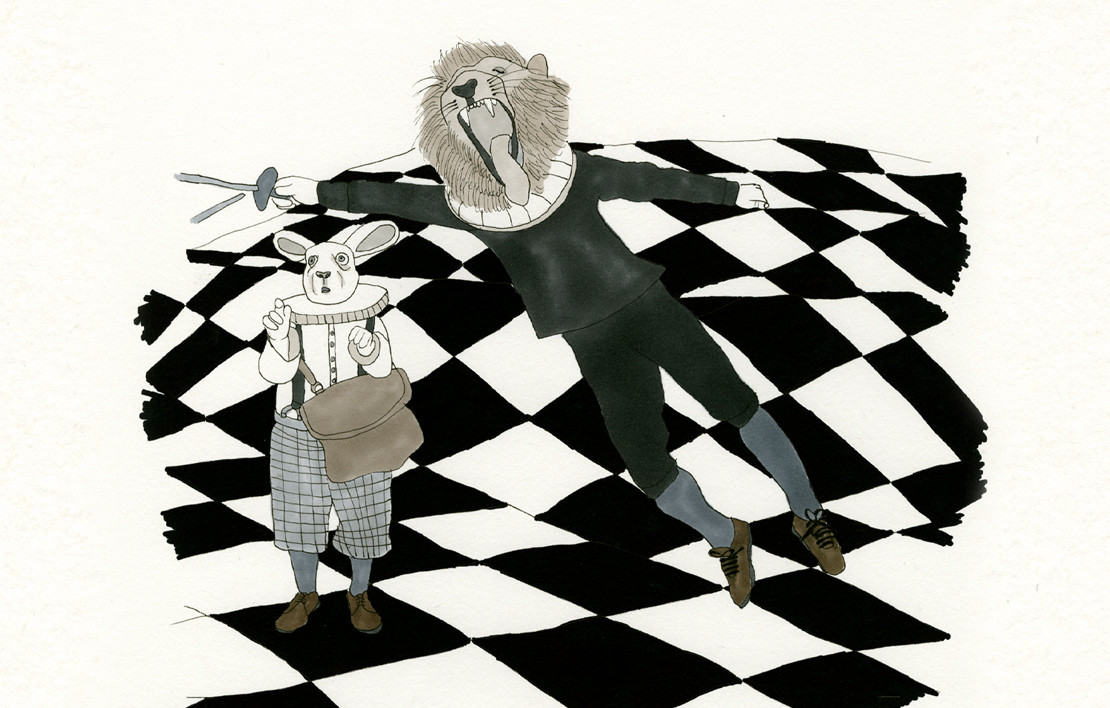 Down The Rabbit Hole

“I could tell you my adventures beginning from this morning," said Alice a little timidly; "but it's no use going back to yesterday, because I was a different person then."

Alice's first book was published by Norgunk Publications in 2015 (Alice's Adventures in Wonderland). Since that day, I have kept the designs I made for the book like my dowry which I expected them to find their home. Now I think they could not fall into another "home" other than Gallery Nev. My childhood and university years passed in Ankara. Gallery Nev was a window, an opening from this small and dry city to the outside world, we were breathing there / from there. It was a magical, completely different dimension, rather than a gallery space. So for me "Down the Rabbit Hole" is literally a homecoming.

“And what is the use of a book" thought Alice, "Without pictures or conversation"

I find completely different meanings and puzzles every time I come across Lewis Carroll's extraordinarily sophisticated world of language, and it is the same whenever I read Alice books, which contain extremely deep philosophical details as well as logic games. My humble collection of Alice books, filled with the drawings of different illustrators that I have accumulated over the years, is equally endless. However, when the publisher came to me for the book, I was able to instinctively get into the story without letting the crowded competition of Alice illustrations scare me. I think my resemblance to my Alice was also effective in this.

"Who in the world am I? Ah that's the great puzzle!"

I completed my undergraduate education at Bilkent University Graphic Design Department. Then I got a master's degree in design at the School of Visual Arts in New York. After I graduated from SVA, I didn't want to stay closed and work in a design office. I tried to establish an order in which I could live the city. I was very lucky; my first project was an animated film supporting the electronic book project “Reconstructing Mayakovsky” written by Illya Szilak. The success of this film in international festivals was a complete surprise to me. And my career has begun to take shape ... As I approached my fifth year in New York, I thought I should either build a more settled life or move out, and within three weeks I found myself in Istanbul. 2009-2010 was the most exciting times in Istanbul and I did not want to be in another city. I worked at Refinery Advertising Agency for a while. I gave design classes at Bilgi, Kadir Has and Özyeğin universities intermittently. My first solo exhibition "In Bloom" opened in 2015. I attended Werner Herzog's "Rogue Film School" in 2016. In 2018, on the invitation of Istanbul Modern, my animated film "A Moonless Night" was invited to the Artists' Film International program led by the Whitechapel Gallery in London. On the other hand, I made designs for Begüm Khan, Beymen, Fey and Zac Posen.

My Alice drawings total to almost fifty! But bringing them simply together doesn't make an exhibition; to establish a consistent and magical world within itself it is also necessary to design the exhibition. In Down the Rabbit Hole, there are characters who came out "Through The Looking Glass" and reappeared in the gallery. These are a panoramic representation of an almost frozen time section located inside a five-winged screen. But at the same time, the screen is like a self-righteous narrator trying to escape. As a matter of fact, while working with our carpenter, we designed one of the legs as a "fleeing foot" in pursuit of the ball moving through the gallery. Also, there are wallpapers from Wonderland. These arose out of my experience of discovering motifs with collage and repetition while designing clothes. The works placed on the wallpapers give us the depth of the Alice stories. The exhibition is accompanied by my book Alice, which I created for myself by binding two books one after the other, and an animated video. The sounds of the video reverberate in the space.

"Who stole the Tarts?"

The Queen of Hearts, lit the malt,
The King of Hearts to eat Tarts
The Knave of Hearts, a glutton,
Stole the Tarts, few remained!
* The first lines of a children's poem from 1782