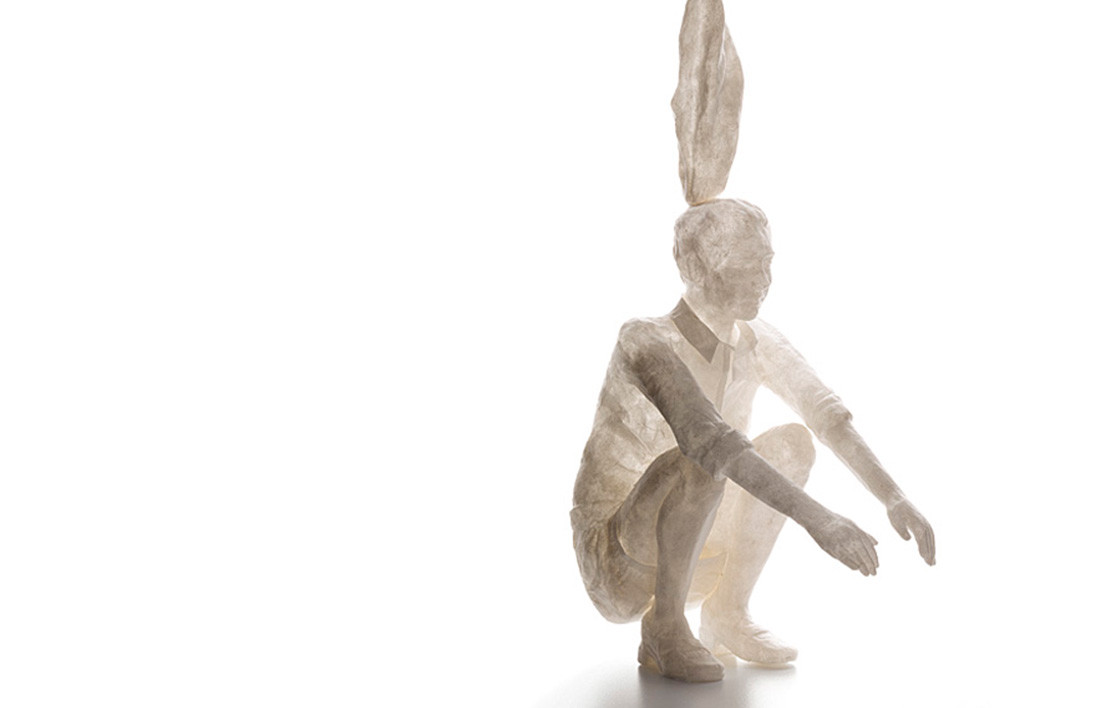 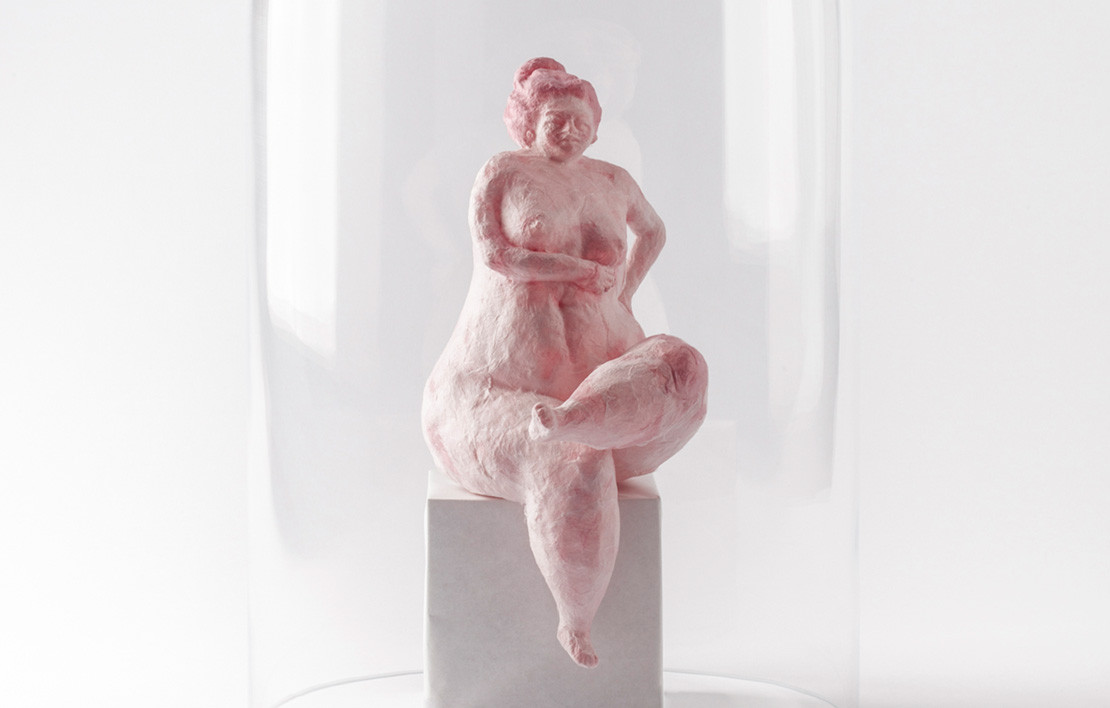 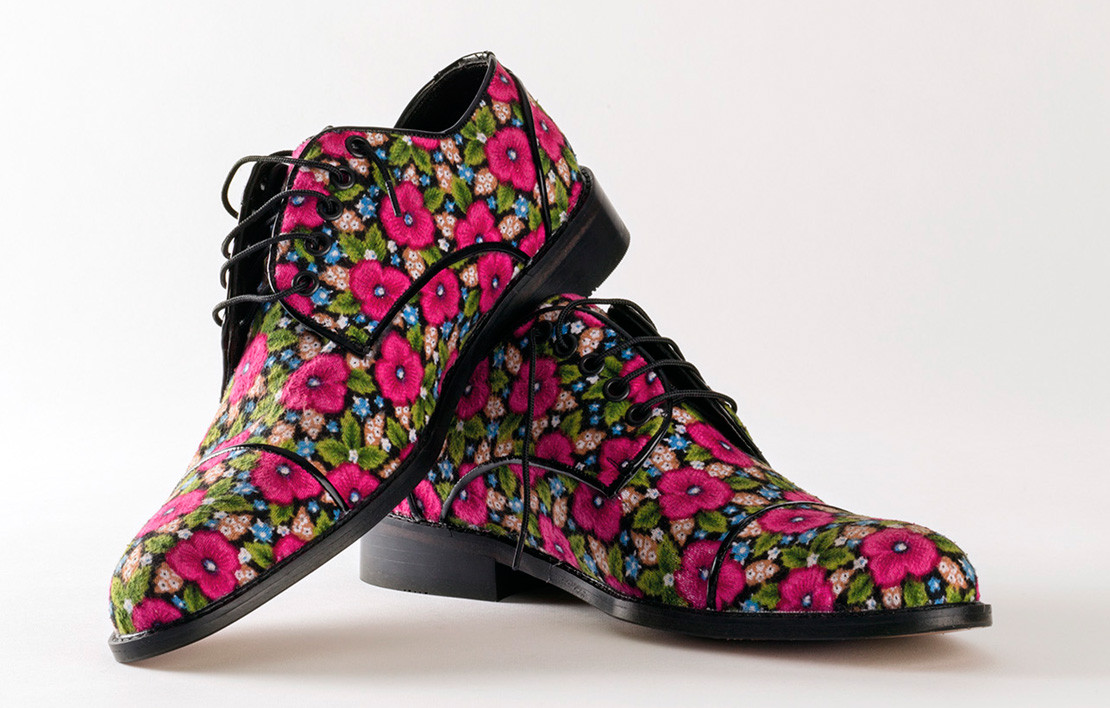 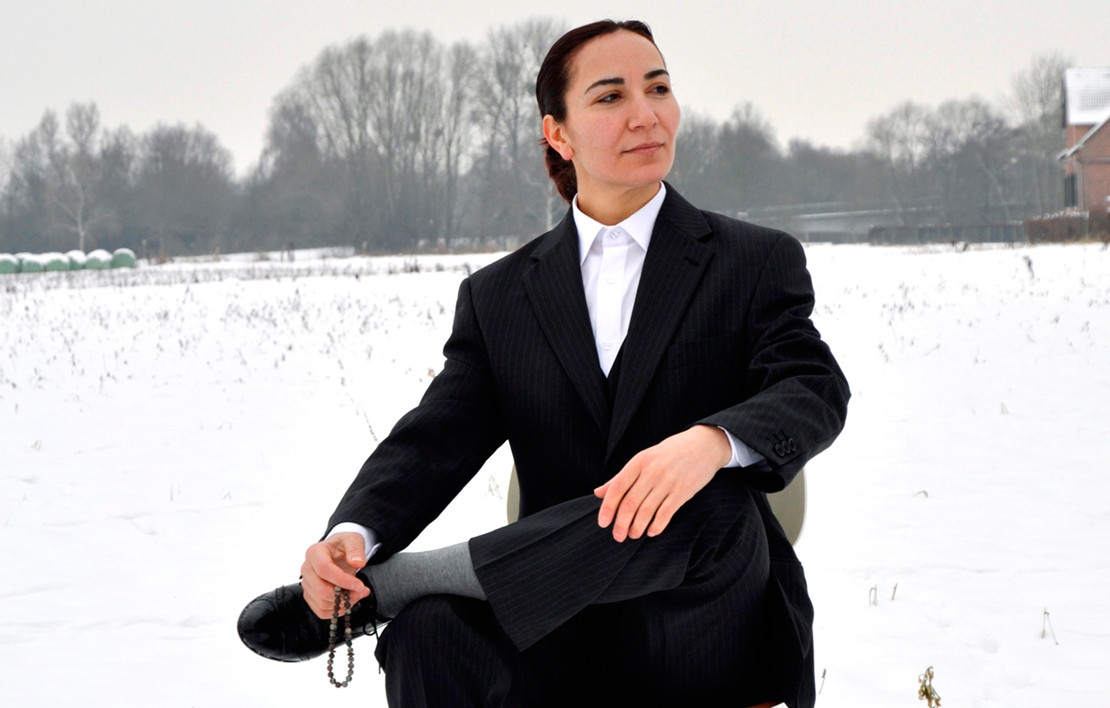 Carrying on the tradition of joining ARTINTERNATIONAL with a single artist, Galeri Nev hosted Mehtap Baydu in September in Istanbul, and this time opens up an extensive solo show for her in Ankara; “hometown” to both the artist and the gallery. While the figurative paper sculptures prominent in the fair are lessening at Galeri Nev, the performative works are establishing the base. The exhibition structred around five different videos and works that encompass these videos, is also Mehtap Baydu’s first gallery solo show in Turkey that she comes out of her “Cocoon”. Although Baydu produces her sculpture, performance and photography works parallel to one another, still her first experiments about “social identity” are always in the field of performance. Thus, exhibiting the 2010 dated “Osman” and “The Fruit Rollup Dress”, 2012 dated “Wrapping in a Character”, 2015 dated “Cocoon” and “From Her Mother’s Fabric” performance documentations, objects used in these performances together with photographs and sculptures that are born after the performances, opens up the door of Baydu’s laboratory.  These performances that show, question and discuss the very experience of being a woman, a man, a citizen or a mother mostly over dresses and the poses a body takes on while dressed, give out the viewers -wrapt in at least one of these roles- both the identification and the alienation. The artist herself experiences the strictness of the norms as well, by reshaping her own social identity, by changing it over and over, covering it and/or by overexposing it. The exhibition “COCOON” is accompanied by a catalog; its main text is penned by Barbara Heinrich, curator of the show entitled "SPACELINER" recently viewed at Arter. Also contributing to the catalog are professor Dorothee von Windheim, a Documenta curator, as well as Didem Yazıcı. In her text captioned "understanding" professor von Windheim describes Baydu as a strong artist that is pushing the boundaries of not only being a woman, but also of being a man, by taking on both of these social identities.
Mehtap Baydu graduated in 2000 from the Department of Sculpture of the Hacettepe University. She continued her postgraduate studies at the Kassel Fine Arts University; graduating from the atelier of Professor Dorothee von Windheim. She was conferred the title of master student (Meisterschulerin), the UPK-Kunstpreis Kassel arts prize, as well as the Otto Braun scholarship in 2010. The artist continues to work in Berlin and in Kassel. Her works were lately on display at the Documenta-Halle Kassel and at the Berlin Tanas Gallery’s show "Turkish Art: New and Superb". Her first solo show was held last year at the BERLIN ART PROJECTS. Recently Mehtap Baydu is invited to display her paper sculptures at the Beijing Biennial.