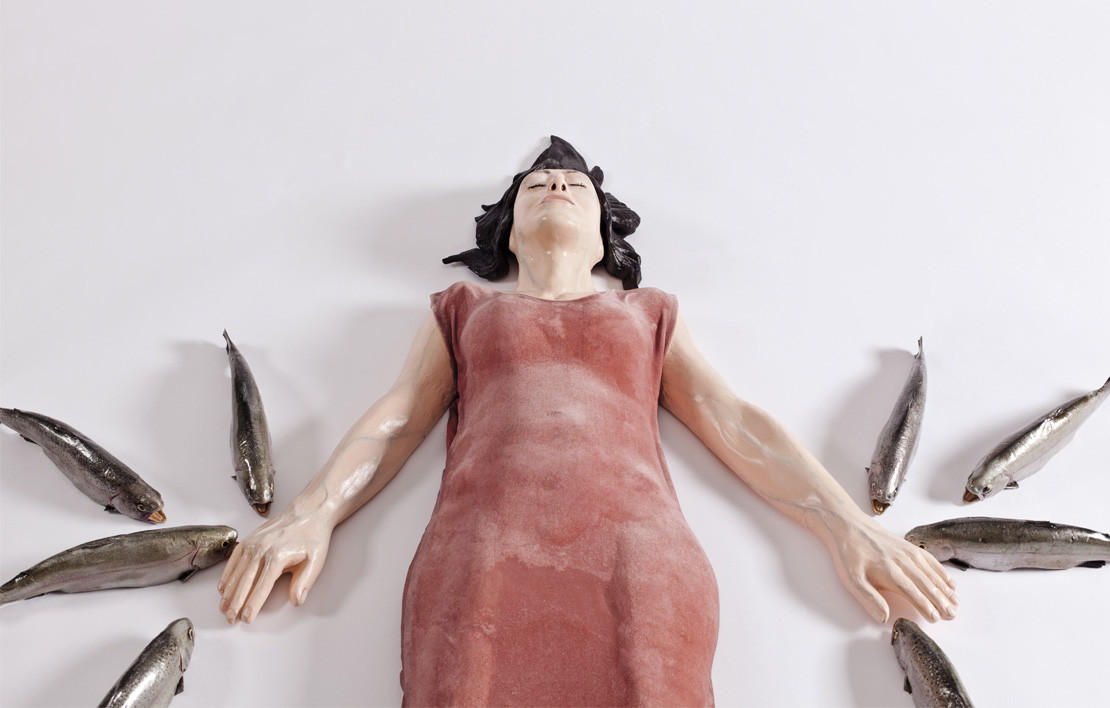 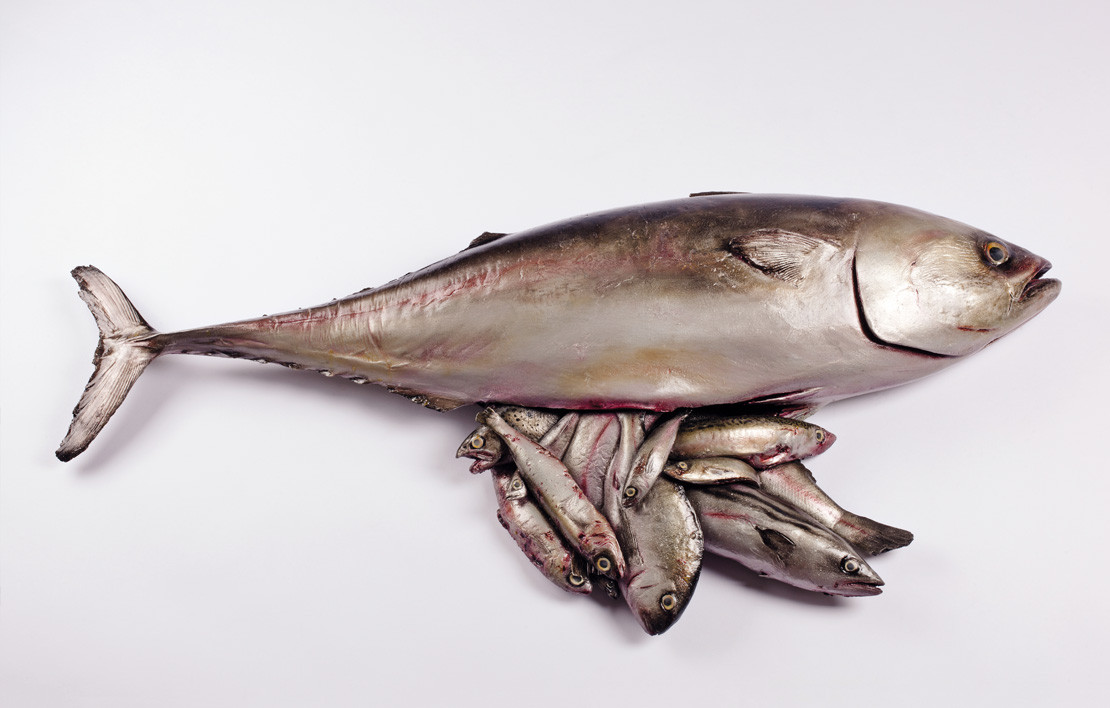 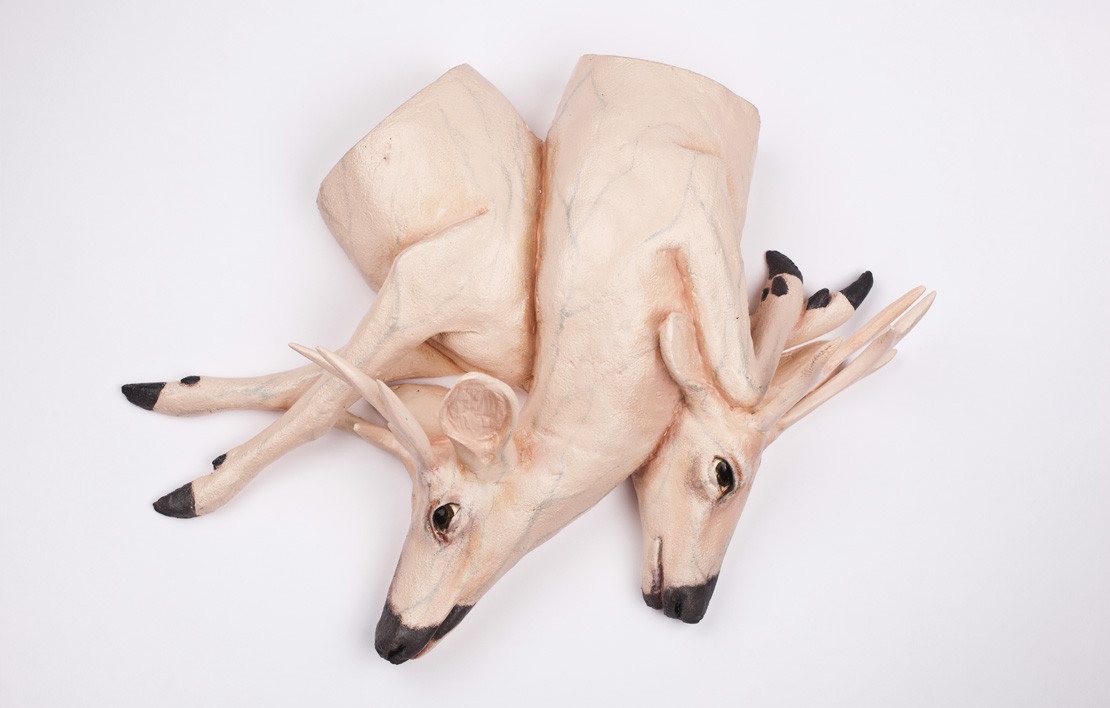 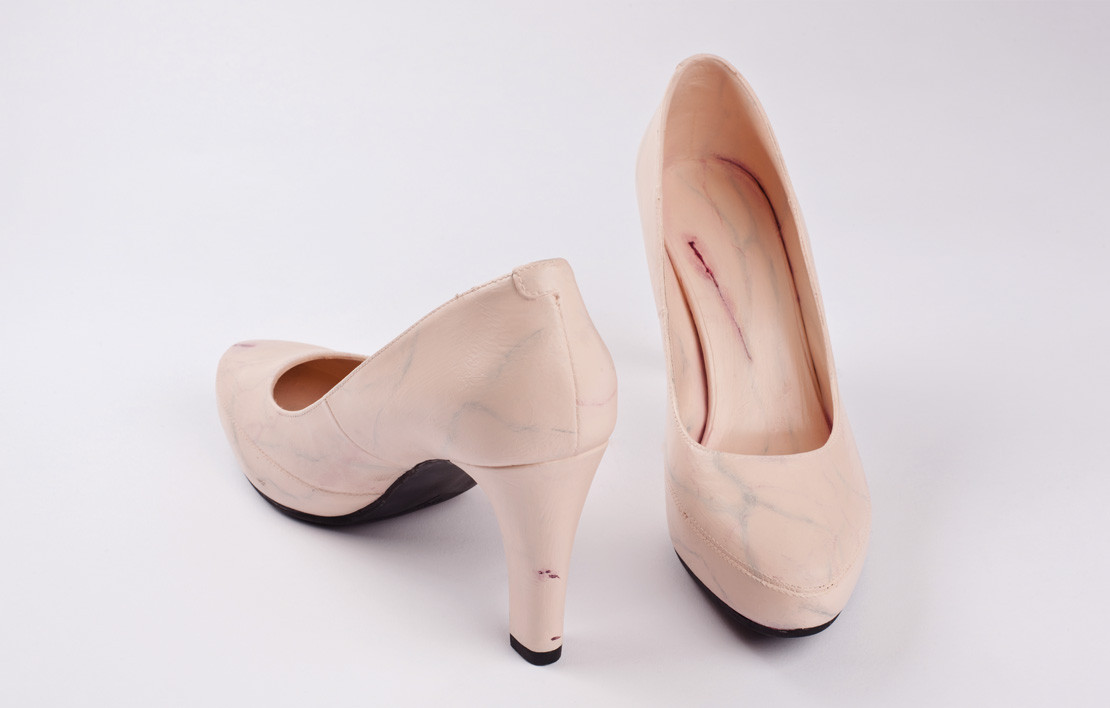 Galeri Nev starts the new year with the exhibition called “Fauna” by Necla Rüzgar. Having worked on painting, photography and video, this time the artist prefers a new medium while problematizing the effects of the social situations on individuals through conflicts/contradictions. “Fauna” consists of recent sculptures and installations which are to be exhibited for the first time. Along with polyester castings, realist sculptures made of found objects such as a shoe or a stone cracks open the door of a familiar yet at the same time a strange world. This exceptionally fabulous world into which we step by being attracted to the life-size animal and woman figures changes its meaning as these figures are eminently hand in and glove with breathing. Encountering works in which the flesh becomes jewellery, the stone becomes flesh and the flesh becomes stone evokes admiration, astonishment, unease, shame, startle, and desire together. Galeri Nev is working on a catalog which will be composed of photos taken once the exhibition is set up. These photos, then, will be accompanied by the texts by Susann Wintsch, curator and lecturer on Contemporary Arts at Zurich University of the Arts, and Nazile Kalaycı, associate professor of philosophy at Hacettepe University. Kalaycı describes “Fauna” as a highly significant and powerful exhibition which connects to the evil which is untraceable on the conscious, the traumatic events on the subconscious and the burden of the irreversible past.
Necla Rüzgar received her proficiency in art degree in 2004 at Hacettepe University Fine Arts Faculty, Department of Painting. As well as working as an associate professor at the same department, Rüzgar has exhibited her works in painting, photography and video at various cities, including İstanbul, İzmir, Diyarbakır, Berlin, Zürich and Seoul. Her works were exhibited recently at Akademi der Künste in Berlin and National Museum of Contemporary Art in Bucharest. Galeri Nev will be hosting “Fauna” by Necla Rüzgar until March 1st 2014.