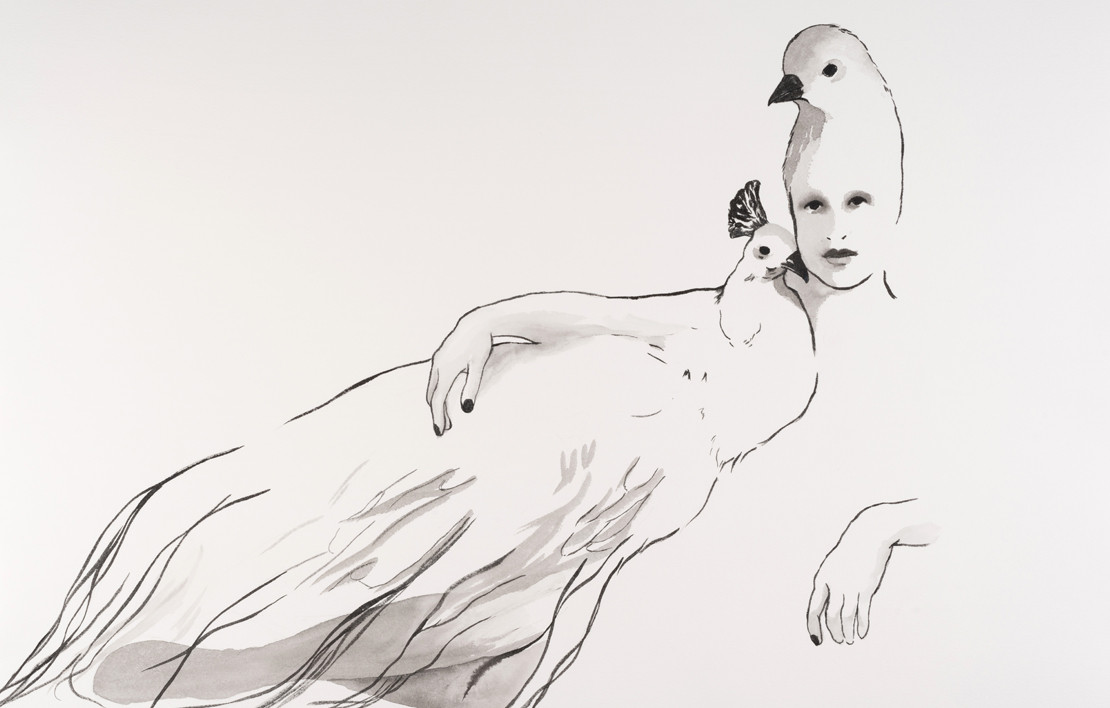 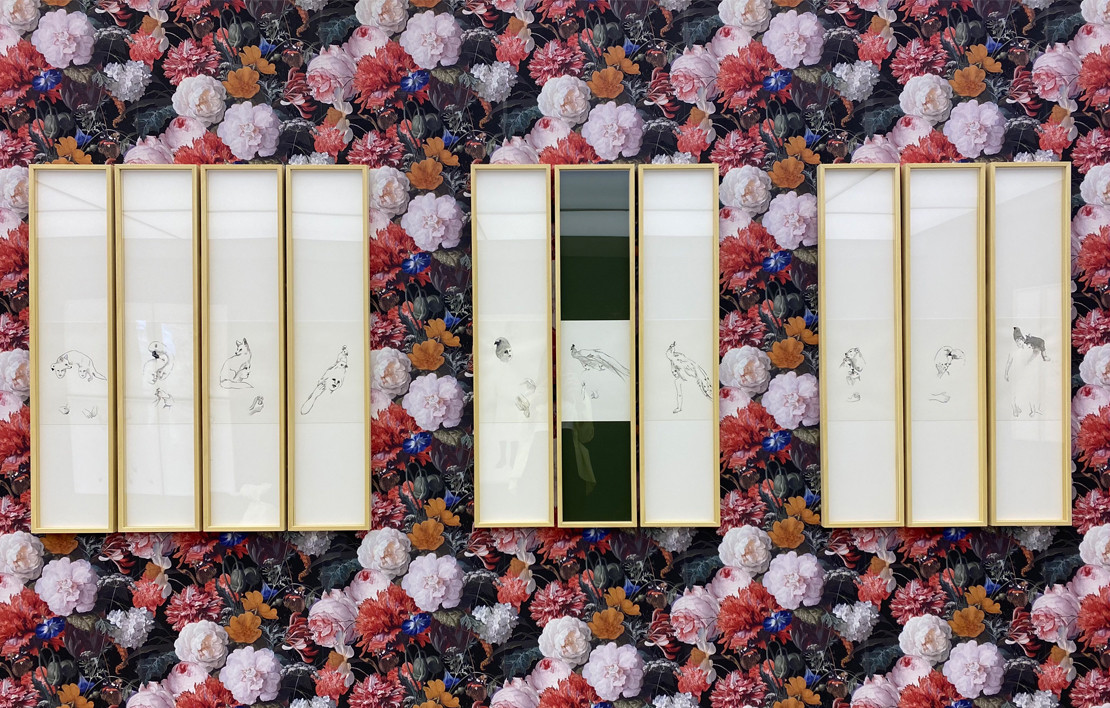 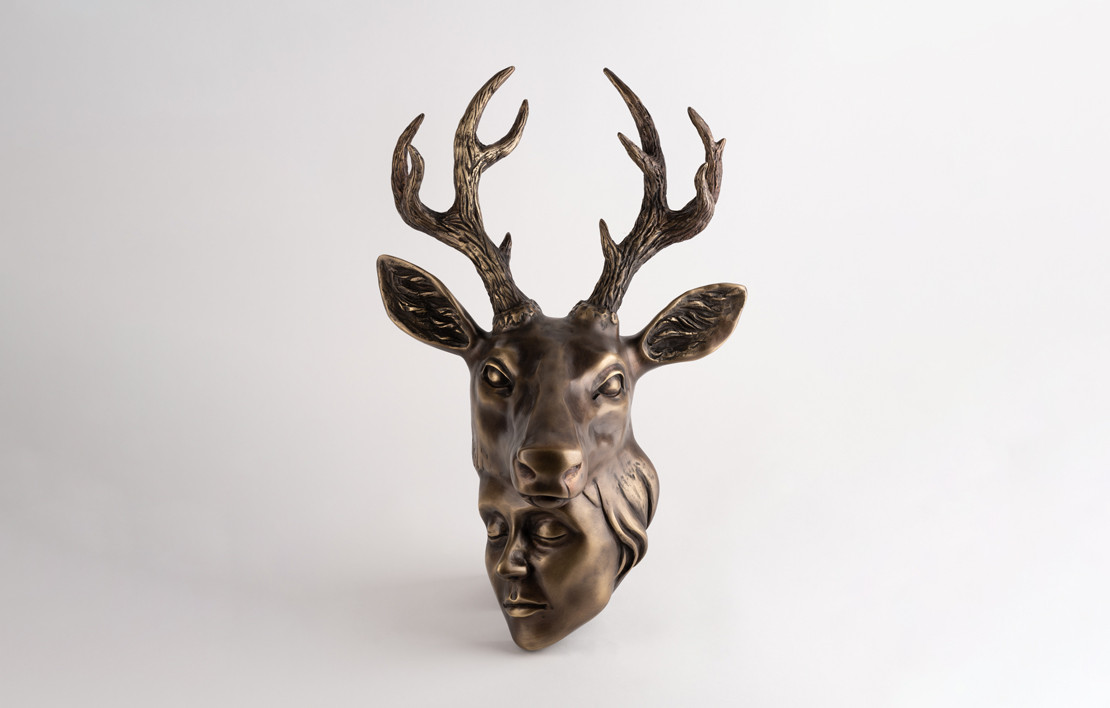 My Name Was Written On Every Page

Gallery Nev is preparing to host Necla Rüzgar for the first time at Kırlangıç Street venue. Rüzgar, who opened her last solo exhibition "Multi-Hearted Existence" at Galata Greek School in 2018, pursues the series. Thus, she continues to compare us with images that unite in a single structure or body rather than the images that separate, break up, or divide species. The artist embraces all living creatures whose existence is fragile and who are subjected to violence because of their beauty, and establishes a union of power between them. Rüzgar, who gives the title "My Name Was Written On Every Page" to her exhibition, suggests that we can call each and every one under threat with the same name. When the species are equalized, what is written on the pages is no longer the story of a single being or just humanity; all the stories of all beings will be intertwined then.

In the exhibition, the colourful figures of multi-hearted beings, complete with details, leave their places to diminished or reduced drawings, almost stains. The viewers, who come across with these drawings, feel that they have entered a cave with archaeological traces on its walls, gradually erased in time, and they have a grasp of the secrets of a species they do not know before. The extraordinary combination of multi-hearted beings, depicted at a random moment of their own life or fauna, within their contingency is admirable. The exhibition also includes the most ancient alchemy thanks to the bronze sculptures, still free of their colours, added to the drawings. Thus, of the purified beings whose beginnings or ends we have witnessed, only the ideal of multi-heartedness remains.

Works of Necla Rüzgar were exhibited in Berlin, at the Akademi der Künste and at the National Museum of Contemporary Art in Bucharest. In 2014, her first solo exhibition "Fauna" opened at Gallery Nev. Susann Wintsch, a Swiss curator and art critic and one of the copywriters of the Fauna catalogue, invited Rüzgar to the first of Salon Blanche, which she co-hosted with Chris Bünter and this event took place in Zurich. In 2017, Wintsch organized at Galerie Widmer, also in Zurich, the "Vertical Dialog" exhibition, which draws attention to the intellectual and aesthetic partnerships between Paola Junqueira from Sao Paolo and Necla Rüzgar. Rüzgar's works were viewed in 2016 at the Museum Für Neue Kunst in the Ayşe Umur and Agah Uğur Collections exhibition titled "Freund Schafts Spiel" and at "The Compiler Screenings" at Stadtkino Basel in 2017. Most recently, the artist took part in the collection exhibition "In Pursuit of the Present" hosted by IstanbulModern in its new venue. Necla Rüzgar is preparing to exhibit her works in a museum in Germany at the end of 2021.